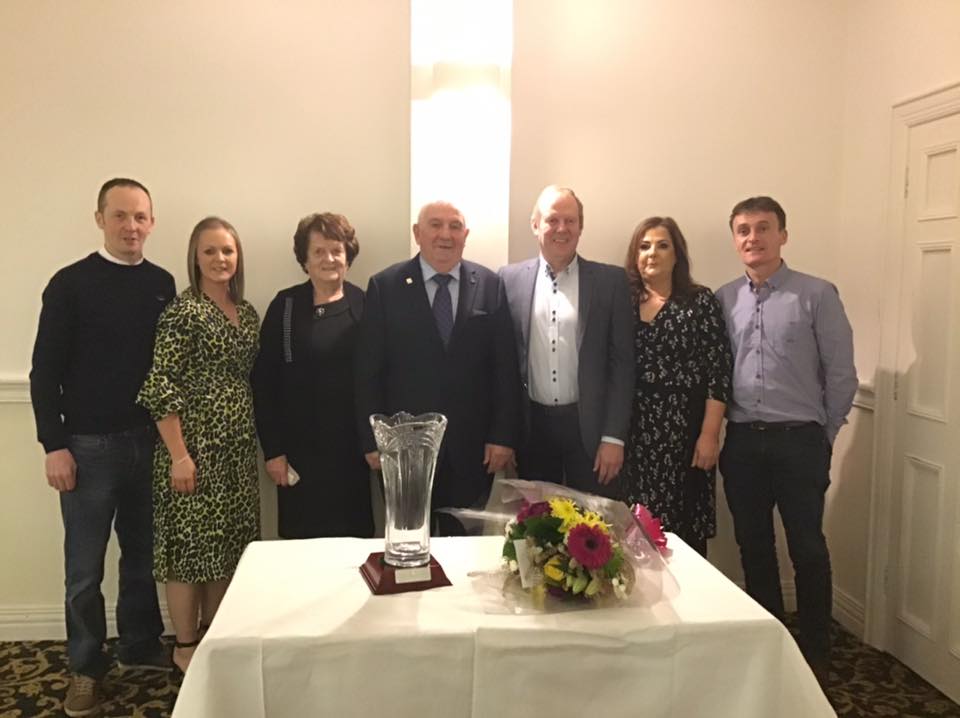 Eamon Giles of Cranford AC was inducted into the Ulster Athletics Hall of Fame last night, while Brendan Boyce was named as Ulster Athlete of the Year.

Eamon took his place in the pantheon at the Ulster Athletics Star Awards presentation, which took place in the Bay View Hotel, Killybegs.

He set up Donegal’s first athletic club in Cranford in 1961 and has been ever present in the Donegal and Ulster scene ever since.

The Cranford club attracted athletes from all over the county and within eight years of its formation, three Cranford athletes Paddy Marley, Hugo Duggan and Danny McDaid were representing Ireland at senior level.

As well as his work as a coach and motivator he was a very accomplished sprinter and was Ulster Senior 100m and 200m champion on seven occasions.

He is still the joint Ulster Record holder – along with Paul Dolan and Hugo Duggan – for 100m having run the distance in 11 seconds at the Ulster Championships in Newry in 1967.

In November each year the Ulster Athletic Council presents awards to four athletes from each of the nine counties based on their achievements in the Ulster Championships during the year.

This year the Donegal recipients were Riona Doherty from Ballybofey, and Eoin Boyle from Portnoo in the Under 16 category and Cassie Lagan from Finn Valley and Chris Kearns from Carrick in the over 16 category.

Each of these were high achievers in the All Ireland championships as well as in the Ulster Championships. 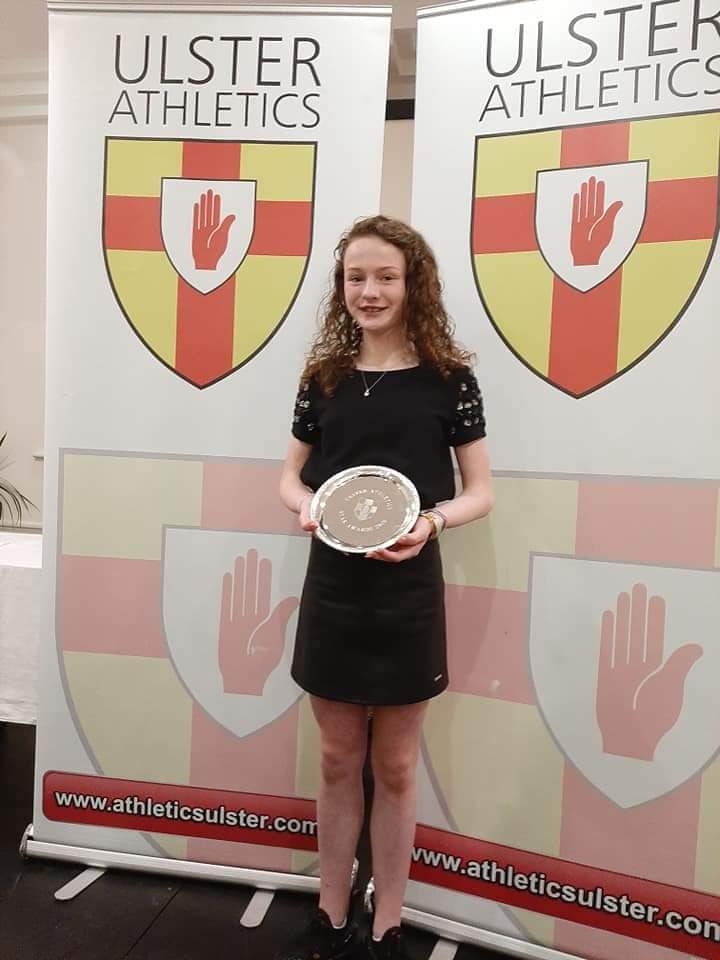 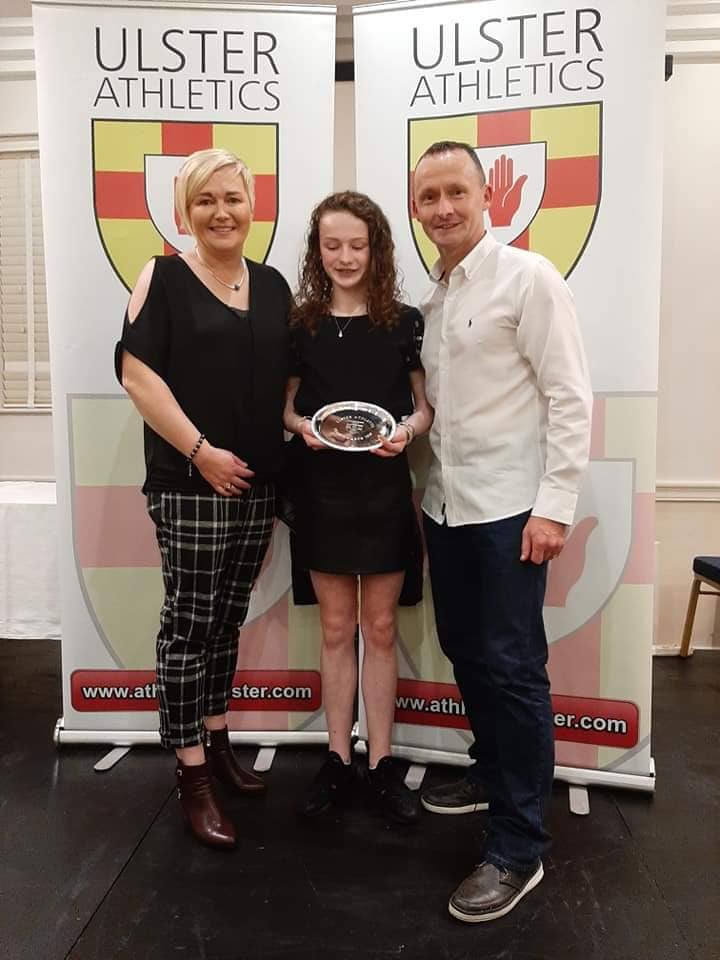 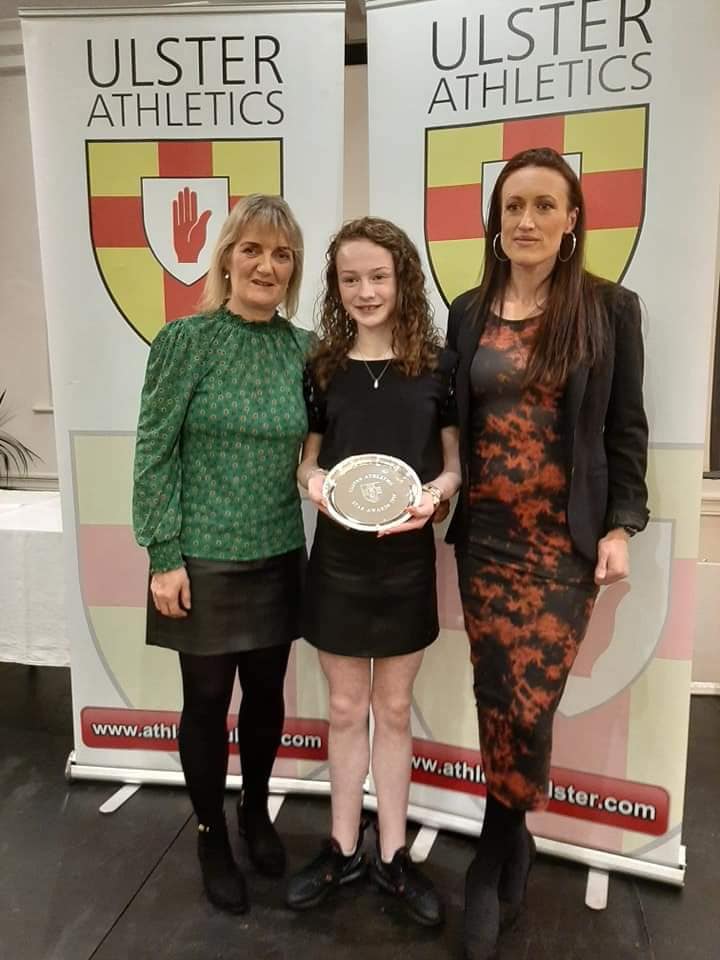 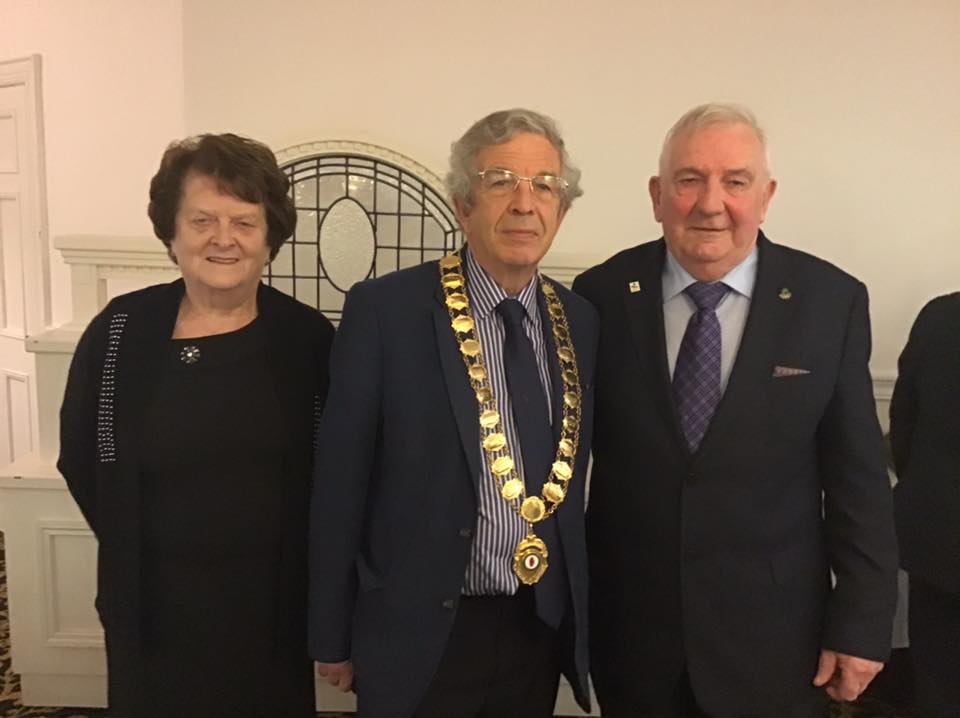 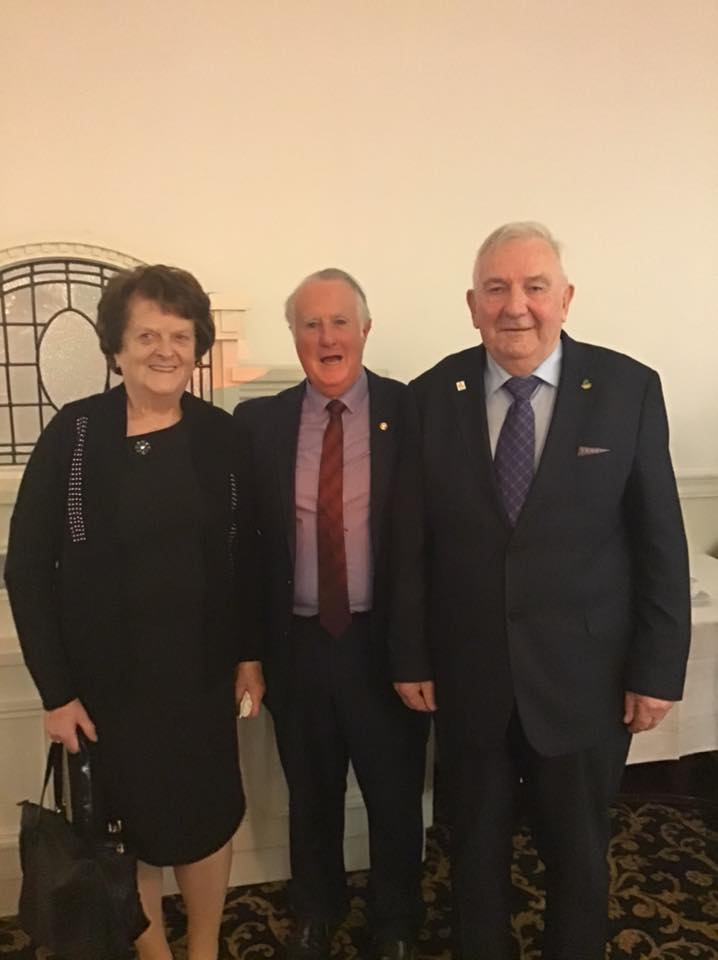 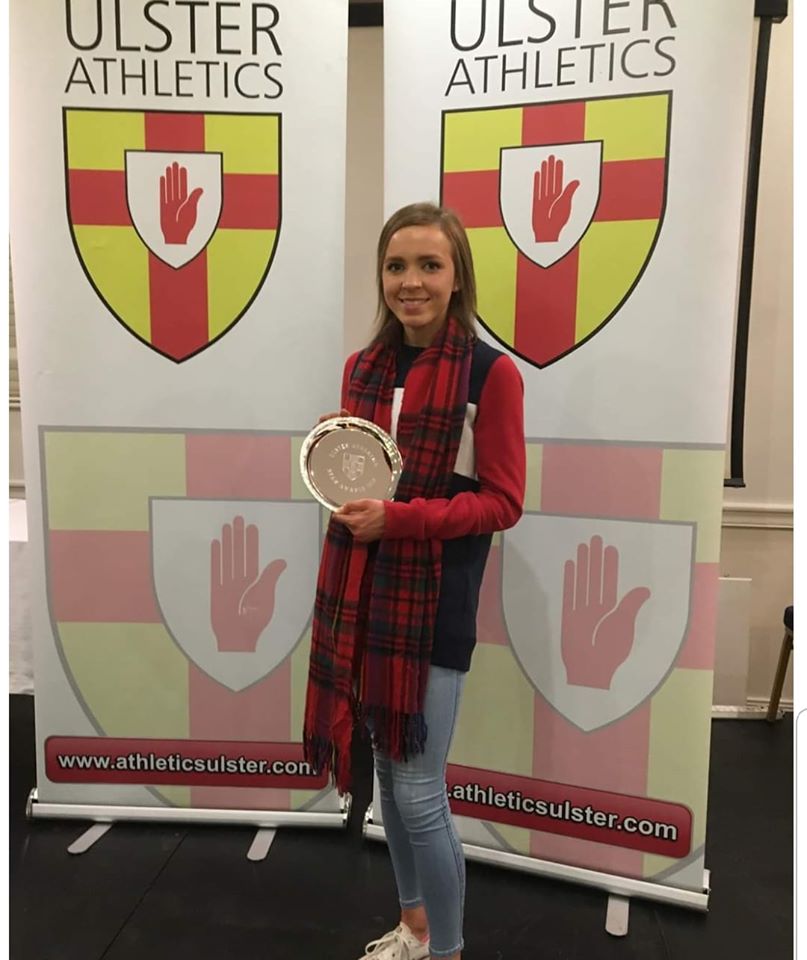