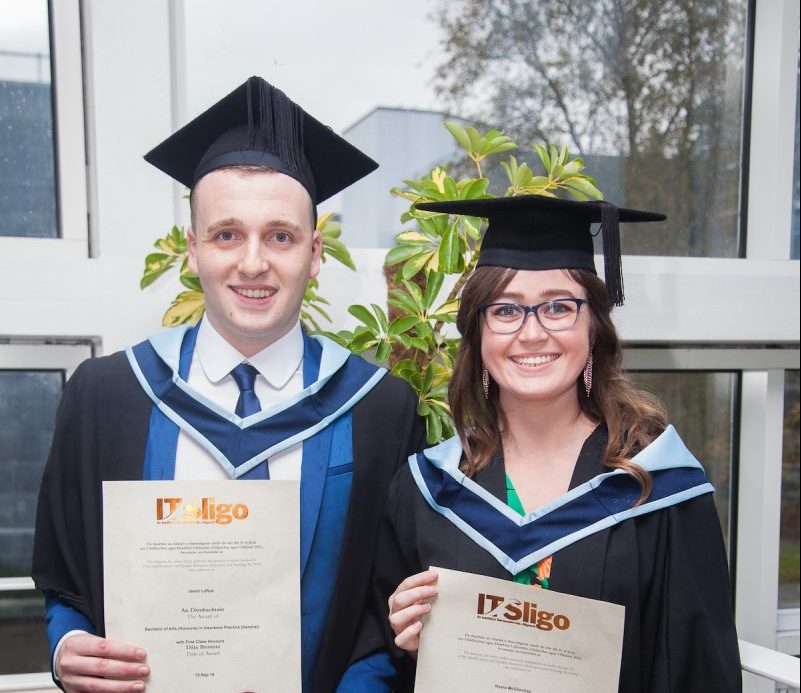 They along with 31 other apprentices from all over Ireland, the two students graduated at an awards ceremony in IT Sligo.

Speaking at the graduation ceremony in IT Sligo, Dermot Murray, CEO of The Insurance Institute, said: “We know from our members that employers in the insurance industry have been struggling to hire talent and, often, once they hire new employees, they are struggling to retain them.

“While apprenticeships have long been associated with the trade and craft industries, three years ago, we adapted the apprenticeship model to the insurance industry, and it has been hugely successful so far.

“I congratulate all those graduating this week,” he added.

“They are Ireland’s first-ever cohort of graduates from this insurance industry apprenticeship.”