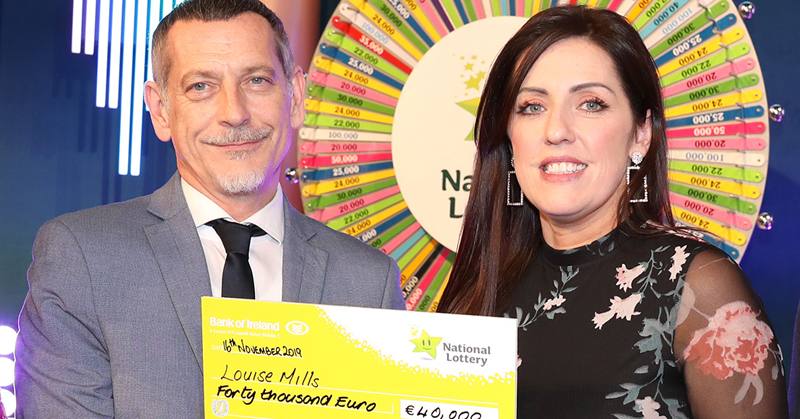 There were double celebrations for a lucky family in Donegal who won €40,000 on Winning Streak, just four weeks after they welcomed a new baby boy.

Louise Mills, who is from Malin and lives in Culdaff, scooped a cool €40,000 on the RTE gameshow last Saturday night.

The cash windfall couldn’t have come at a better time for the family, as their newest arrival meant they needed a bigger car!

Louise and her husband Raymond have four boys and it was celebrations all round when her name was chosen for last weekend’s Winning Streak.

Louise was feeding her four week old last week while watching Winning Streak on TV when she had to pause the show. Her phone then rang and it was her mum, Eileen, who was frantic and screaming down the phone.

Louise thought something was wrong and waited for Eileen to compose herself and then she told her daughter she was going to be on Winning Streak. Louise quickly hung up the phone and fast forwarded the show to the point where Marty Whelan and Sinead Kennedy were drawing the players for next week and heard her name be called out!

Louise had a big support team of family in the RTE studio last Saturday to cheer her on as she played the gameshow and successfully bagged a €40,000 prize.

The winning ticket was bought from An Post, Carndonagh, Co. Donegal.

Do you know this suspected jewellery thief?