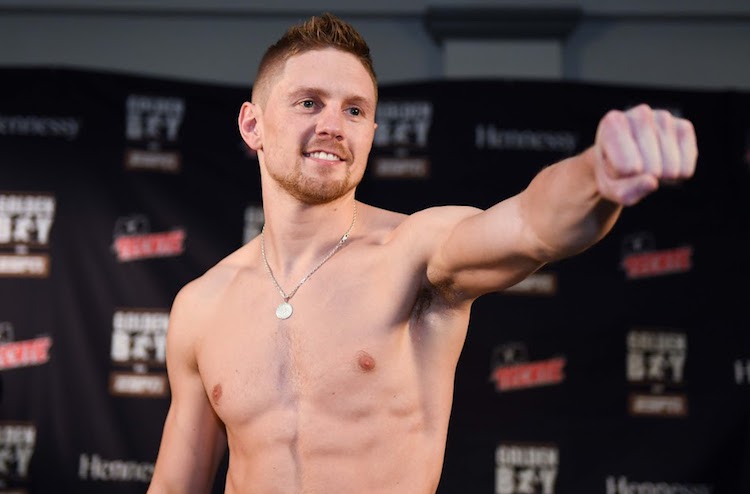 JASON Quigley (16-1, 12KOs) will return to action on December 5 and the Irish middleweight aims to end 2019 on a winning note.

Quigley will be back in California to face Abraham Cordero (13-4-2, 7KOs) in an eight-round middleweight fight.

Quigley takes on Cordero, of Guadalajara, Mexico, as part of a Thursday Night Fights card at The Hangar at the OC Fair and Event Center in Costa Mesa, California.

“I am really looking forward to putting in a performance to finish the year off with a good victory,” Quigley said.

“I’ve been itching to get back into the ring ever since my last fight. I want to push on in 2020 and getting a victory on December 5 is the next step on that road.”

Quigley said: “I’ve learned a lot. Andy has a wealth of intelligence – inside and outside the ring.

“Every session that I go into, I feel that I come away with something and that’s why I’m really looking forward to the the fight.”

Cordero is fighting for the first time since a decision loss to Alexis Salazar in Las Vegas in May.

Quigley, managed by the Los Angeles-based Sheer Sports Management, said: “He has a winning record and this is no easy way back for me. I’ll be in against a very tough opponent and I’ll have to be at my best.”

In the co-main event,D’Mitrius Ballard (20-0, 13 KOs) takes on Yamaguchi Falcao (16-1, 7 KOs) in a 10-round fight for the vacant NABF Middleweight title. The belt was previously held by Quigley and has since been vacated by Tureano Johnson.

Ballard-Falcao brings together two contenders who developed under the Golden Boy banner, but only one will move forward to a world title shot.

The fights will be streamed live DAZN, and on Facebook Watch via the Golden Boy Fight Night Page.