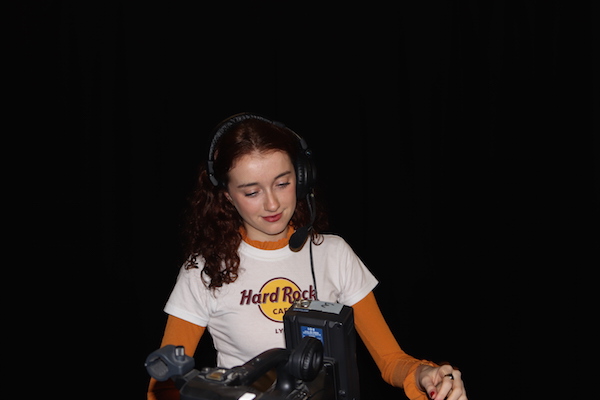 A young student from Donegal is taking part in a 24-hour broadcast to raise funds to fight domestic abuse.

MPS members commit to staying on campus in the School of Communications building, the Henry Grattan, for 24 hours, producing a live-streamed broadcast all in aid of charity.

This year though, the society has changed things up, by moving the location of the broadcast to The U Building, the university’s student centre.

For the 2019 Broadcast, the Media Production Society has decided to hold the event in aid of Sonas, which is the largest provider of frontline services to women and children experiencing domestic abuse in the greater Dublin region.

The charity was suggested by committee members Gilleesa Gillen and Kate O’Grady, the Brand Design Officer and Secretary.

“The work that they do has saved the lives of women and children, it’s given them a new chance at life and provided a helping hand when it probably seemed like there was no help to get”.

Sonas CEO Fiona Ryan said: “Sonas supports hundreds of women and children every year experiencing domestic abuse. The majority of victims of abuse will never tell anyone. The decision by DCU’s Media Production Society to make domestic abuse the focus of its 10th annual DCUtv 24 Hour Broadcast could help change this for some. The fact that the broadcast is happening during the 16 Days of Action to end Violence Against Women means that the DCU Media Production Society’s initiative are being echoed across the country.

“Sonas is grateful for the support and understanding of the issue by the DCU Media Production Society and as a DCU journalism graduate I am personally very proud of the students’ efforts and commitment to this vital issue.”

Last year the Broadcast was in aid of the Aoibheann’s Pink Tie, an Irish charity that offers support to the families of children diagnosed with cancer. Although the target was originally €7,000, the society succeeded in raising over €11,000 through fundraising and donations on the night, as well as the days following. This year the target is €8,000 and the society hopes to reach, if not exceed, the amount for this year’s chosen charity.

Members of the society will be contributing to the Broadcast in many ways. There is something for everyone to get involved in, whether it be filming, producing, presenting, editing, creating behind the scenes content, promoting the broadcast on social media or a little bit of everything.

DCUtv and Bank of Ireland’s 24 Hour Broadcast in aid of Sonas runs from 9pm on Friday December 6th to 9pm Saturday December 7th. To watch this year’s Broadcast and donate to Sonas, go online to www.dcu-mps.com.

You can also get involved with the Broadcast on social media by using the hashtag #DCUtv24.