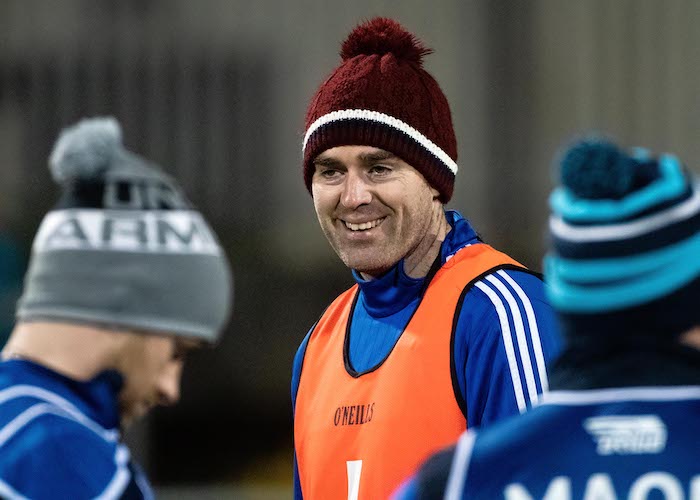 Listen: ‘It would be beyond our wildest dreams’ – Martin Regan

NAOMH Conaill manager Martin Regan says his team will ‘give it everything’ as they bid to win a first Ulster senior club title on Sunday.

Naomh Conaill take on Down champions Kilcoo in the Ulster final. It’s Naomh Conaill’s second appearance in the final and a first since the 2010 loss to Crossmaglen.

Regan played in that game, but will have the Bainisteoir bib on Sunday at Healy Park.

“We are really honoured to be in the position that we’re in. We’re going to give it everything to see if we can get over the line.”

Now, Naomh Conaill stand an hour from what would be the pinnacle.

Regan said: “It would be beyond our wildest dreams. Winning Ulster isn’t something that we think about; it’s always about Donegal and winning your own championship.

“To think now that we’re only an hour away from being the best team in Ulster is unbelievable.”

And Regan knows his team is capable of doing the business. He added: “We know that we’re good enough on any given day.”