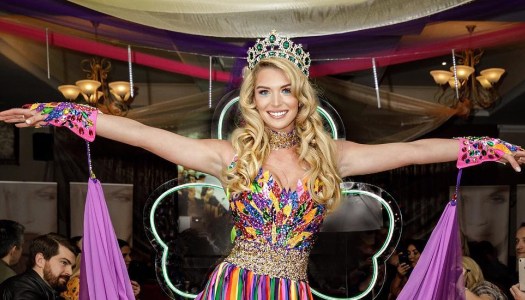 Donegal beauty queen tipped to join Dancing with the Stars

Beauty queen Grainne Gallanagh is said to be the next brave star to be revealed as a competitor on Dancing With The Stars 2020.

The Buncrana native, who was the 2018 winner of Miss Universe Ireland, has been linked with the RTE reality show as the line-up is gradually revealed this week.

Grainne (25), who works as a nurse in London, wrapped up her Miss Universe Ireland duties in the summertime when she became the first Irish model to feature in Miami Swim Week.

The next glamorous venture for ‘Queen G’ could see her swapping the catwalk for the dancefloor.

The new series of Dancing with the Stars kicks off in January 2020. Rehearsals started in Dublin this week, with Glenda Gilson, Mary Kennedy, Ryan Andrews and Lottie Ryan already confirmed on the line-up.