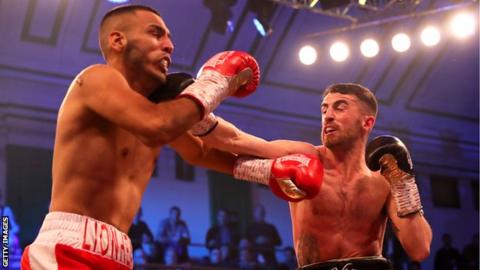 Former Illies Golden Gloves boxer Tyrone McCullagh will train under Pete Taylor in Ballyfermot ahead of the next round of the Sky Sports-televised Golden Contract series.

The light-welterweight was training in Scotland, working with Danny Vaughan. McCullagh is looking forward to the  Golden Contract semi-finals and is just two wins away from a massive five-fight deal with a promoter rumoured to be Top Rank.

The semi-finals are due early next year, and the final in May/June. Competitors will not know their opponents until the week of the fight when the draw is made.

In October,  McCullagh eased to a unanimous decision win over Razak Najib to earn a place in the  semi-finals. He was never in trouble over the 10 rounds as he avoided trouble throughout. The Glen Road man won on 97-93, 98-92, 96-94 scores from the judges at York Hall, Bethnal Green.