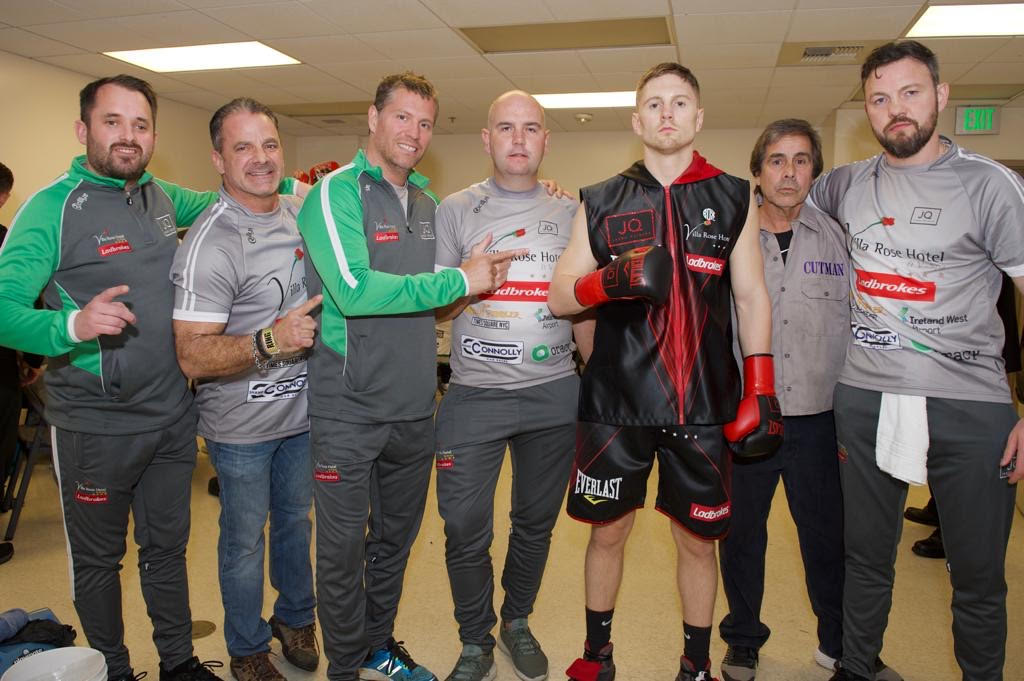 ANDY Lee believes that Jason Quigley exorcised some demons with his win over Abraham Cordero.

By Chris McNulty in California. Pictures by Valentin Romero

Quigley stopped the Mexican in the third round in California overnight.

Former world champion Lee has been training Quigley since he got back to work following his first pro defeat against Tureano Johnson in July.

And Quigley began the new partnership with a victory.

“I think it’s good on a number of levels,” Lee explained.

“He had to exorcise a lot of demons. That was more of a personal, internal fight that he had to go through as well as the fight in the ring.”

Quigley was a tad hesitant at time early in the first, but there was nothing backward about the flurry of shots that halted the bout.

Lee said: “It was a good finish. He rushed it a little bit, but that was a release. You could see months of frustration, depression, sadness and anger coming out. It was a good win against an experienced, seasoned opponent.”