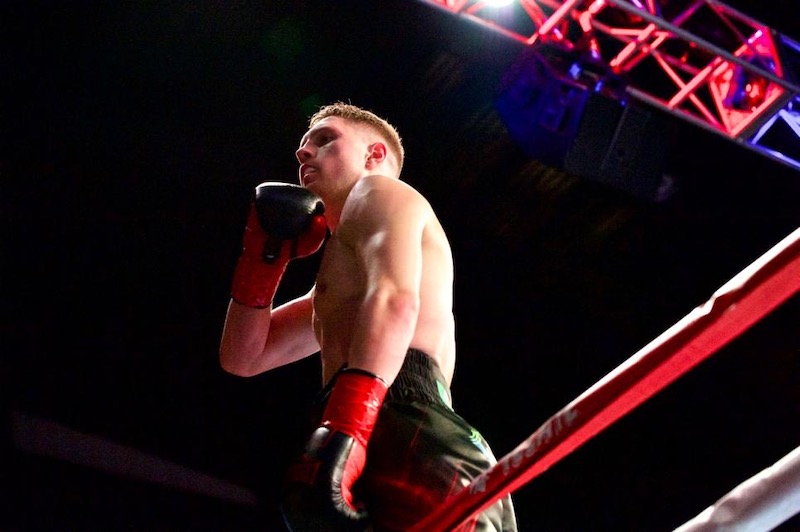 JASON Quigley was delighted as he recorded a bounce-back win over Abraham Cordero.

By Chris McNulty in California. Pictures by Valentin Romero

Quigley stopped the Mexican in the third round of their super middleweight contest at The Hangar, Costa Mesa, California.

Quigley unloaded the gun in the third and referee Thomas Taylor waved it off, giving the Donegal puncher a win as he returned to action following his first pro defeat to Tureano Johnson in July.

“I’m happy to get the comeback win. I was happy with my patience in there. He was tricky. He didn’t commit too much with any shots.”

In his first bout under new trainer Andy Lee, Quigley was delighted to put some new work into practice.

He said: “I hit him in the third round and I knew that he was gone. I saw his eyes dazing.

“I knew I had to put on the pressure. I probably put it on too much. I got excited. I just wanted to get him out of there. I couldn’t have done it slicker and tidier, but I got the job done.”