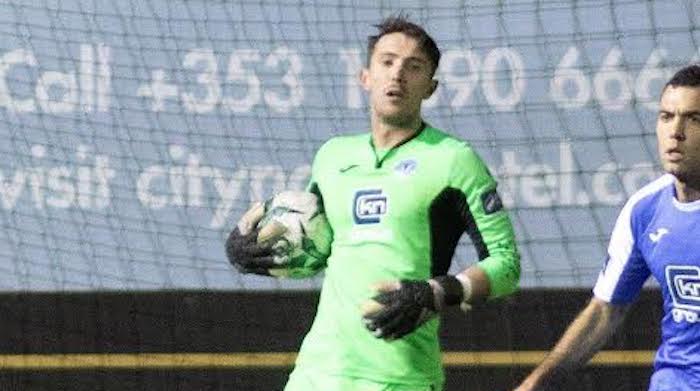 Finn Harps have announced that goalkeeper Mark McGinley has signed with the club for next season. McGinley returned to Ballybofey last season after a brief spell in 2014.

Despite not featuring in the team until late May, he soon made the position his own and was voted as last year’s Player of the Season as well as being nominated for the SSE Airtricity October/November Player of the Month award. In total McGinley made 19 starts last campaign keeping an impressive 9 clean sheets.

Speaking after the signing, manager Ollie Horgan told club media: “Mark had to bide his time at the start of last season but he kept the head down and did well when he got his chance in the team. Its great to have him signed up now and hopefully he can pick up where he left off come February.”