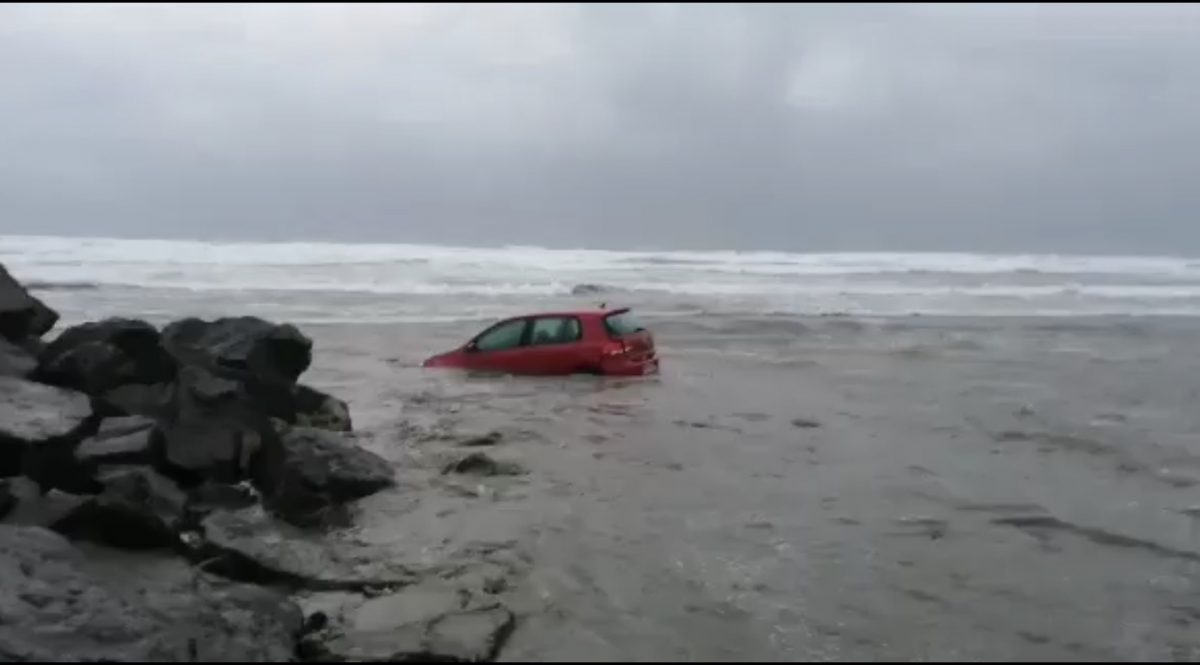 A Donegal car has fallen victim to the impact of Storm Atiyah today after it was surrounded by waves on Rossnowlagh beach.

The red DL-reg car was parked on the South Donegal beach before the high seas set in.

But the severe weather prevented the car from being saved from the water as it became stuck in the sand.

Local reports said there was no owner nearby this Sunday evening. It is not known how much damage was caused.

While parking is permitted on Rossnowlagh beach, Donegal County Council has signage advising motorists of the risks.

Met Eireann has issued a status Orange Wind warning for Donegal and all counties along the western seaboard from 9am today until 6am on Monday morning and a Yellow weather alert for rain in Donegal valid until 6pm this evening.