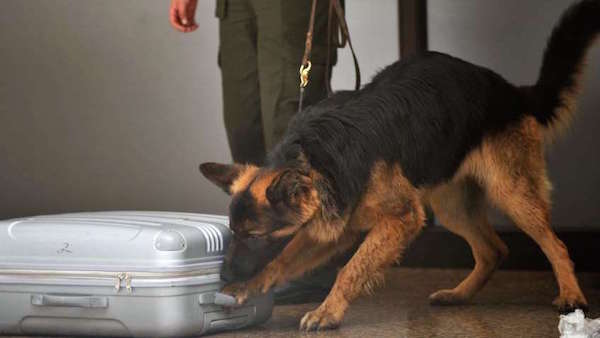 Call made for specialist drug sniffer dog for Donegal

Calls have been made for a specialist drugs sniffer dog to be sent to Donegal.

The call was made at today’s meeting of the Joint Policing Committee at County House in Lifford.

The issue was raised following a discussion on combatting drugs across the county.

Garda Chief Superintendent said that despite an increase in the availability of drugs, her drugs unit had decreased because of resources.

County councillor Michael McClafferty said the availability of a drugs dog would be a real asset in the fight against the spread of drugs.

He suggested the dog could be allowed loose in colleges or schools to sniff out drugs in schools.

The suggestion received the report of committee member James Trearty who said the suggestion had real merit as did county councillor Nicholas Crossan.

“We have a huge coastline and a huge area to cover so such an addition could be very worthwhile,” said Mr Trearty.

Chief Supt McGinn said there were no plans to add such a dog to the drugs unit in Donegal.

However, she added that the Revenue Commissioners did have a dog and that Gardai have a very good relationship with them and that they could utilise their dog if needed.

Call made for specialist drug sniffer dog for Donegal was last modified: December 9th, 2019 by Stephen