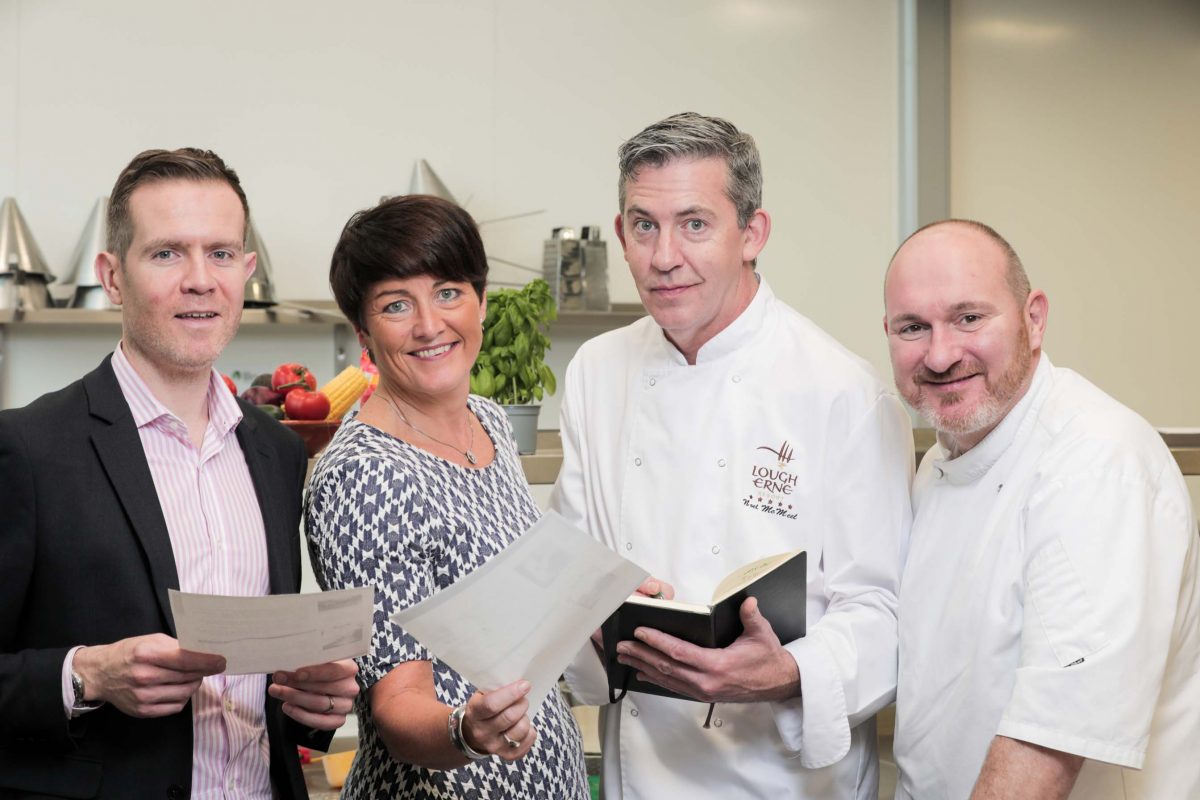 Two budding chefs from Scoil Mhuire Milford are about to face the heat of the kitchen when they compete in the 2020 Big School Cook Off Finals.

Ava Hardiman and Meabh Hiemstra have made the shortlist for the Mount Charles Big School Cook Off, in association with SuperValu.

The team will cook their ‘Seared Atlantic Scallops’ recipe at the finals held at the Belfast Metropolitan College, Titanic Quarter on Wednesday, March 4, 2020.

Ahead of the final, the shortlisted teams will also be invited to perform a cookery demonstration of their dish, at their local SuperValu store in January.

The first stage of the competition asked students to submit a recipe in either video or word format, for a main course dinner costing £10 or under, with consideration to creativity, health and the use of locally sourced produce.

Shortlisted county teams were chosen following intense deliberation of over 100 entries from post primary schools across the country.

Caitriona Lennox, Business Development Manager at Mount Charles, thanked all the teachers and the students who entered.

“The panel of judges were completely blown away by the talent displayed in the submissions we received, which made it incredibly difficult to arrive at the final shortlist.

“We launched the Big School Cook Off initiative to encourage the development of cookery skills in classrooms.

The number and quality of the entries we received, demonstrates to us that children are cooking, and we hope that by creating initiatives such as the Big School Cook Off that we will uncover and nurture future talent for the hospitality industry in Northern Ireland,” she said.

Brendan Gallen, Head of Marketing for SuperValu, congratulated the finalists.

“At SuperValu we have a focus on real food and real people and being a part of the Big School Cook Off allows us to encourage young people and families to get cooking.

“We can’t wait to welcome the finalists into stores in January to showcase their fantastic dishes,” he said.

Each county winning team will receive an apron, a finalist plaque for their school and a chef’s jacket to wear to the finals.

The overall winning team will receive a plaque, private box VIP tickets to an SSE Arena ice hockey match and their school will get an £100 voucher for catering equipment of their choice.