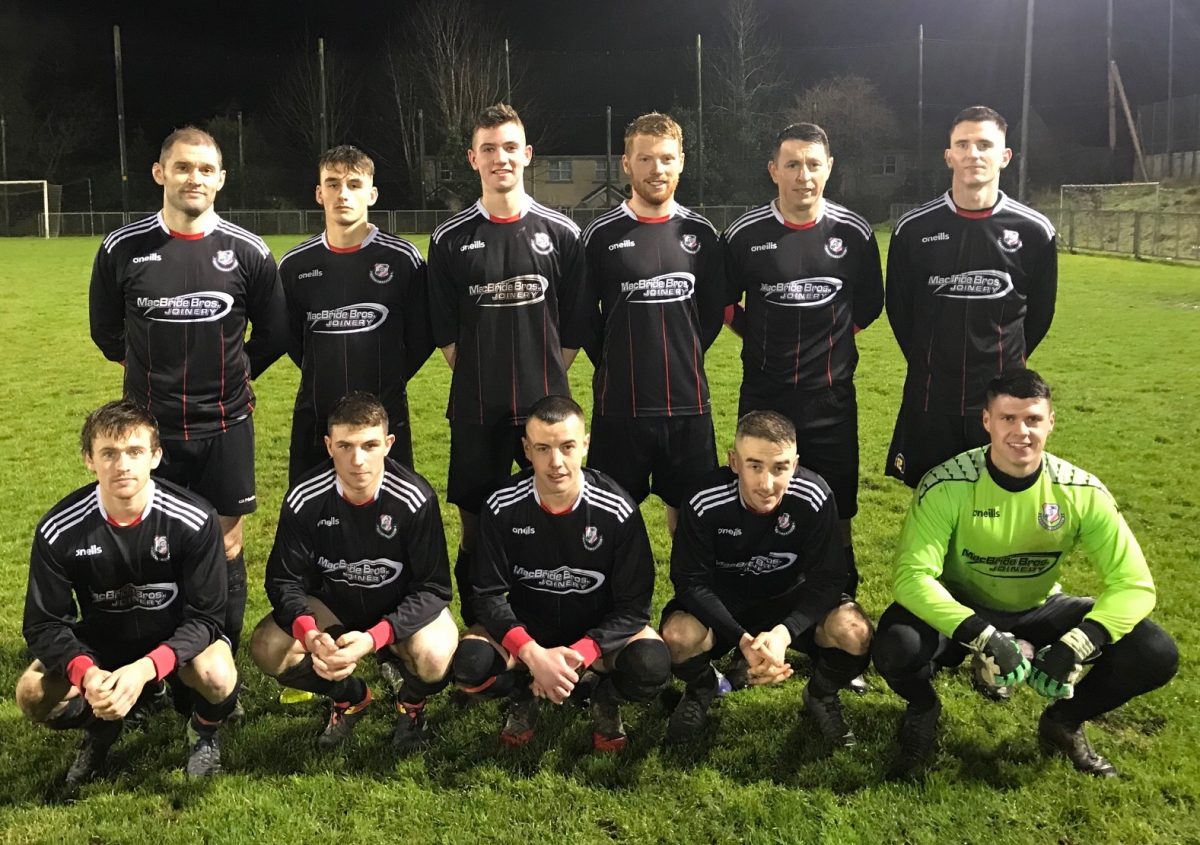 FORMER Manchester United youth Ryan McConnell bagged a goal of the season contender last night as Convoy Arsenal’s hit four second-half goals against Drumoghill.
Convoy Arsenal 4 Drumoghill FC 0
By Charlie Collins at Orchard Park
All the goals arrived in part two including a peach from McConnell – who has signed for Convoy having most recently been at Letterkenny Rovers.
It’s five wins in six league games for Convoy and with a game still in hand on the other teams in the top five places in the table, they are just one point behind the leaders.
The home team could have taken an early lead in the 4th minute when Dean Bonner sent Darren McElwaine heading goalward, but his pass across the penalty area was driven wide by JP Malley.
A minute later the visitors first attack saw Jason Doherty fire over from 30 yards.
Doherty had a great chance in the 21st minute when good play by Gareth Temple set him up but he couldn’t apply the vital touch.
In the 38th minute they had an even better chance when Carlos Rodgers’ good play set-up Colm Gardiner but he shot straight at keeper Lee Boyd from the edge of the six-yard box.
Just before the break Convoy’s Paddy Dolan cut in from the left but his shot was just too high and it remained scoreless at half-time.
After that evenly contested opening half the home side dominated the second-half.
The vital breakthrough goal came in the 63rd minute. Joe McGill did well on the right and his cross found Paddy Dolan who had work to do but he squeezed a low drive past keeper Paddy Doherty. 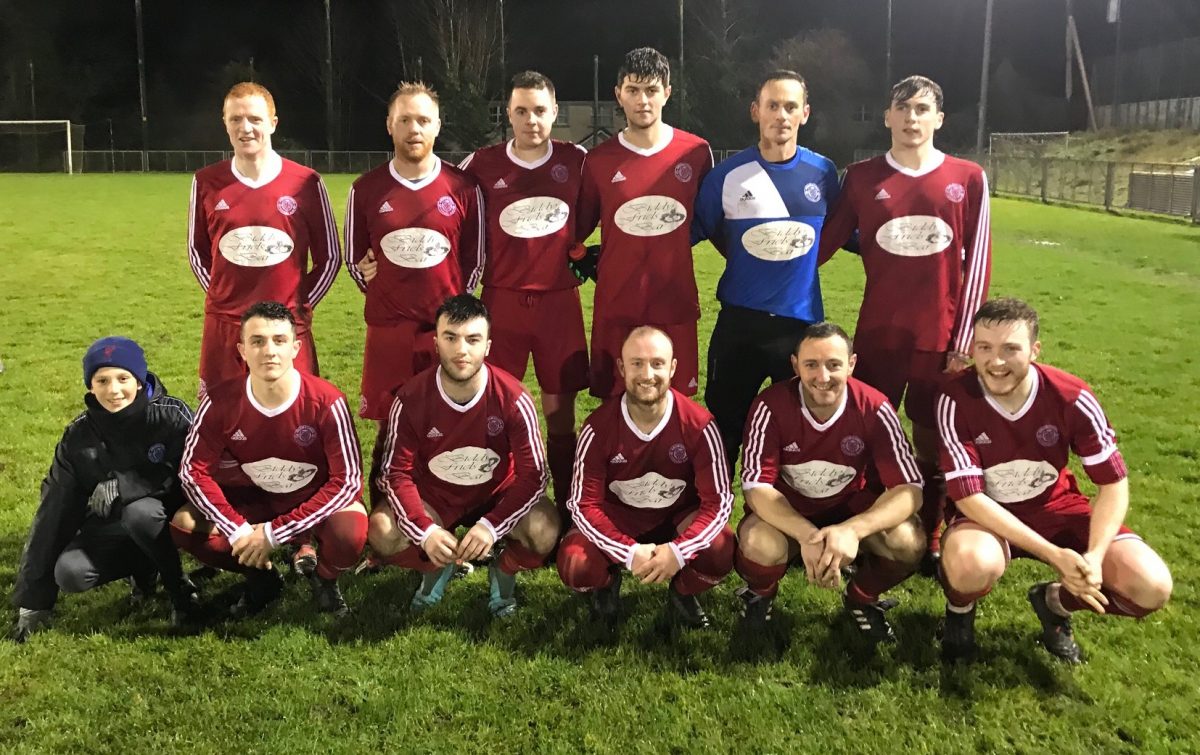 The pressure seemed to lift from the home team immediately and three minutes later it was 2-0 and what a goal it was.
McConnell captained United at Under-23 level and had played for Finn Harps and Ballinamallard before returning to Rovers.
In his first appearance for Convoy, McConnell looked assured and it was he who doubled the lead.
McConnell should have received a pass seconds earlier but when the ball did finally arrive he took one good touch and then blasted an unstoppable pile-driver into the far top corner of the net from just over 30 yards. It was a gem.
There was no way back after that for Drumoghill Celtic and the home team added two more goals to run out comfortable winners in the end.
Darren McElwaine’s good night’s work was rewarded in the 76th minute when he headed in Paddy Dolan’s cross.
After hitting the woodwork with a lovely chipped effort in the 80th minute, JP Mally’s hard work was also rewarded five minutes later when he finished well after sub Anthony Bogle’s pass had sent him clear.
Two of the other teams in the top four Ballybofey Utd and Kerrykeel meet on Sunday while another, Glenea United, travel to meet Lifford Celtic.
Whatever the outcome of those games and with Rathmullan Celtic also in the mix it looks as if the Division One title and Promotion battle will be very interesting when we get into 2020.