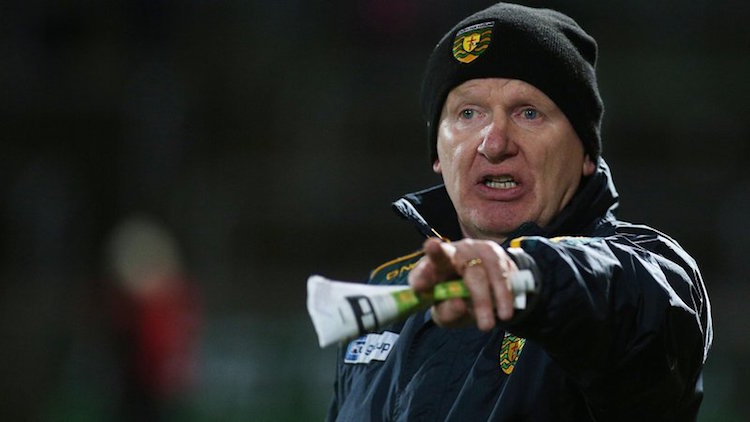 DONEGAL manager Declan Bonner has slammed the GAA’s fixture scheduling with his side facing the prospect of being without a dozen players for a potential McKenna Cup semi-final.

After a 1-12 to 0-14 win over Monaghan in Ballybofey, Bonner launched a sideswipe at the scenario that could leave his side at the bare bones should they advance.

A positive result against Derry on Wednesday night will be enough to secure Donegal’s passage but, with a round of third level games pencilled in for next weekend, the Tir Chonaill numbers would be severely stretched. Bonner even went as far as to suggest that he would be struggling to put a squad out.

“If we win on Wednesday night, we’re looking at 12 or 13 players who are playing Sigerson next Sunday and won’t be available,” Bonner said.

“There’s a possibility we might not even have a team to play. It’s pure madness in terms of how the fixtures are coming.

“Something has to be done, it has to change. You’re looking at a lot of those lads playing three games in seven days. It’s very difficult this time of year.

They talk about player welfare and burnout, these are lads are in the first week of January playing competitive matches. The McKenna Cup or third level, something has to change because it’s just not feasible.”

Bonner’s plight is not helped by a bout of flu that has hit the likes of Hugh McFadden, Niall O’Donnell, Odhran McFadden-Ferry and Eamonn Doherty.

The Donegal boss suggested that the college competitions should be played to a close pre-Christmas.

He said: “We have a very young squad and a lot of them are third level. If they’re playing inter-county, they’re going to be playing at third level.

“Something needs to give. We know if we get over Wednesday night, we won’t have those guys because they’re playing Sigerson next weekend and that’s it. We’ll manage what we have.

“To me, Sigerson is played out at the end of the year, November and December time. Finish that out and let inter-county start in January, because it’s very difficult to serve a couple of masters. You’re into the first week of January and there’s already a lot of fixtures.”

With the January 25 League opener against Mayo coming sharp on the horizon, Bonner will resist the temptation to drag the likes of Michael Murphy and Neil McGee into McKenna Cup action.

He said: “You can’t force those guys back in, they’re on a planned schedule to return and you can’t just force them back in, you’re at risk of picking up injuries.

“We’ve handled Michael and these guys well the last few years and that’s the way it’s going to be again.”