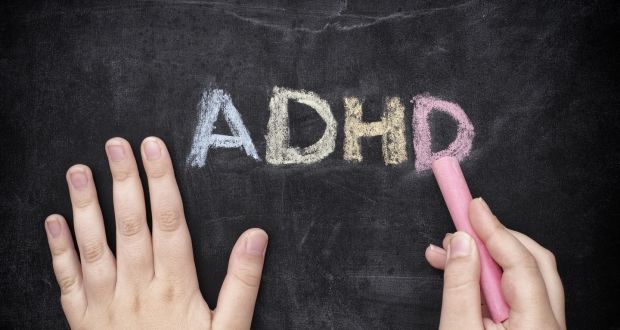 So what exactly is ADHD?

Well it is very much discussed but not fully understood.

ADHD is a persistent problem with behaviour that cannot be “switched off” voluntarily. It is commonly diagnosed in children between the ages of 3 and 7 though it may not be picked up until much later.

It may include: difficulty staying focused and paying attention or being overactive, impulsive and disorganised, or a combination of both behaviours.

Because a disruptive child can seem to present with similar type symptoms, a thorough assessment by a specialist team is required to diagnose ADHD.

It is quite common and affects boys more commonly than girls though this is sometimes thought to be related to the fact that boys with ADHD tend to be more hyperactive and are therefore diagnosed quicker than girls with inattention type ADHD.

We do not know the main cause of it but some factors are linked to increased risks of ADHD. These include genetics, smoking and drinking alcohol or taking heroin while pregnant, problems at birth and severe deprivation. Diet may be a factor in some cases but many children with ADHD have no obvious factors.

Children with ADHD have persistent symptoms, which means they occur in different settings -for example at school, home or out with family. They are present during more that just one activity – for example, interacting with siblings and parents or during schoolwork. The symptoms occur to a greater extent than might normally be expected for a child of that age and pose a significant disruption to the child’s life.

The child tends to be restless, impulsive and find it hard to pay attention to what is going on around them. There are certain criteria that will help a specialist form a diagnosis. Children with ADHD are unfortunately more likely to have other problems such as depression and anxiety, conduct disorders and difficulty with co-ordination.

It is important to remember that inattention and restlessness are very common in under 5 year olds and this does not necessarily mean a child had ADHD. A child with ADHD will often find their symptoms reducing in severity as they get older (though not always).

Children who misbehave can behave when they want to, for example if they are offered a big enough incentive. The child with ADHD desperately wants to “behave” but just can’t help him/herself.

Usually if you or your child’s doctor or teacher suspects ADHD a referral will be made to specialist team for assessment who will take information from the childs parents teachers and meet and review the child. The specialist will endeavor to confirm whether ADHD is the correct diagnosis, make sure there is not another underlying cause for your child’s behaviour and try to see if there are any other issues or problems going on eg learning difficulty.

Can it be treated?

Treatment depends on how severe the ADHD is and will involve non-medicine treatment such as parent support, group treatment programmes and medicines which have been used for a long number of years with good effects. The medicines are prescribed under the supervision of a specialist in child behaviour issues. Medicines will help your child focus attention and improve concentration and may be needed for a number of years. They generally are not used in children under 6.

We do not think that diet causes ADHD but in a certain number of cases a change in diet may help. Certain foods which are thought to be harmful ( eg with artificial colouring and other additives) are omitted from the childs diet while other supplements thought to help are added. Qualified dietician input is required if you think certain foods exacerbate your child’s symptoms. Older children may benefit from psychological treatments.

What is the outlook?

Without treatment children will be more likely to get into bother at school. Two thirds of adults who were given a diagnosis of ADHD as a child had improved symptoms in adulthood. Although a diagnosis of ADHD makes other life problems such as unemployment, relationship difficulty and substance misuse more likely, we know that early treatment does help reduce the long-term impact of ADHD.

The above information is intended as advice only and should you have any concerns please contact your own Doctor.
Dr Ciarán Roarty MB, BCh BAO MICGP DRCOG Grad. Cert. Obst. Ultrasound is a full-time GP at Scally McDaid Roarty Medical Practice, Scally Place, Letterkenny, Tel 0749164111 or at http://scallys.ie