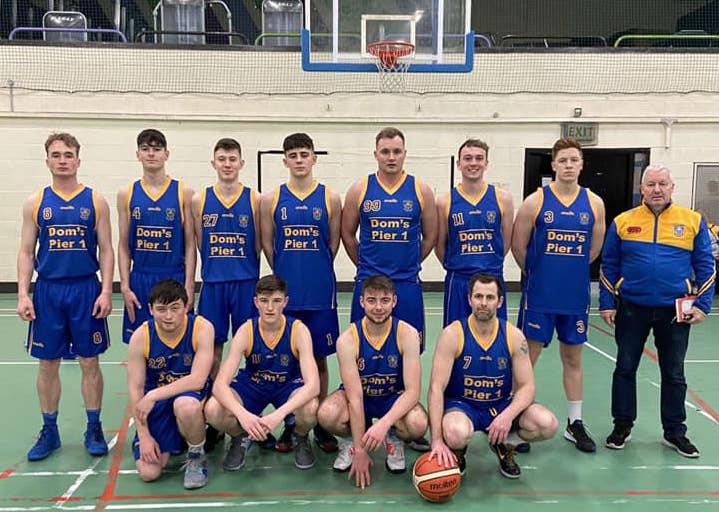 DONEGAL Town Basketball Club senior men had an emphatic win against the Kings in a packed out gym on Saturday night.

The crowd were electric and helped the men to victory against the defending champions of the LLR League.

Donegal Town started the game strongly thanks to Dillon Muldoon who was on fire scoring 13 points in the first quarter and finding Dylan Kennedy cutting inside who finished strongly at the rim on two occasions.

Donegal’s defence in the first half was terrific and was the key factor in creating a big lead.

Big rebounds and steals led to a number of deep three points from Donegal through Paul McHugh, Dillon Muldoon and Darragh Griffin.

Donegal finished the half 49-23 points up after a fadeaway buzzer beater from Matthew Oates.

Castlerea came back strong in the 3rd showing that they are a top quality squad with J. Henry and T. Callaghan getting a number of scores.

Coming into the fourth the game became a lot closer but Donegal’s passing and movement kept the game out of reach for the Kings.

Jason Duignan was MVP on the night who was outstanding on defence fighting for every rebound and was dangerous all night in the post causing major disruption to the opposition defence scoring with ease.

This victory keeps Donegal Town at top of the table with eight wins and only one loss.

Thanks to all the supporters that came out and created a great atmosphere.

Basketball on Saturday nights are becoming increasingly popular as the season goes on.

Thanks again to our sponsors Doms Pier 1 for the continued support, the senior men wore their stylish new kit sponsored by the Breslin family for the first time.