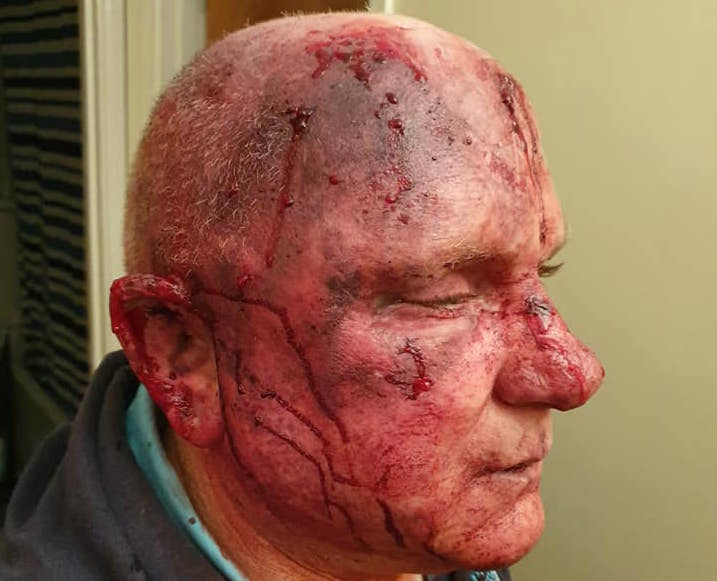 Police have arrested and charged an 18-year-old man following a violent attack on a Strabane taxi driver on Monday.

The taxi driver suffered horrific facial injuries after being attacked by a passenger during a routine fare at The Glebe area of Sion Mills in the early hours of Monday morning.

A man has since been arrested and charged with grievous bodily harm with intent, making off without payment and criminal damage.

He is expected to appear before Omagh Magistrates Court today.

Graphic images of the driver’s injuries were shared on social media on Monday as his employer offered a cash reward for information relating to the incident.

The driver, who is a well-respected local man named Colm, is currently in hospital receiving treatment for his injuries.

Colm has received a huge outpouring of support from the community in the aftermath of the vicious attack.

At approximately 1.00am the taxi driver picked up a fare in the Abercorn Square area of Strabane and took him to Glebe Gardens where the male passenger proceeded to assault the taxi driver and cause damage to his vehicle.

Mr McLaughlin wrote: “The staff and management of Streetcars appreciate all the many messages of support received in light of the awful assault on one of our drivers.

“Unfortunately we have not been able to acknowledge all of you personally, but thank each and every one of you for your concern and kind words in this difficult time.

“For now our driver remains in hospital, but is stable. He is also aware of the many messages of support and kindness, and we are hopeful these will aide his recovery in the coming weeks and months.

“We ask you to respect the wishes also of our driver, and allow the time for this man to recover privately and for any ongoing investigation to take place without hindrance.

“We thank you all sincerely for each and every message and The McLaughlin family is humbled by your kind words and support.”