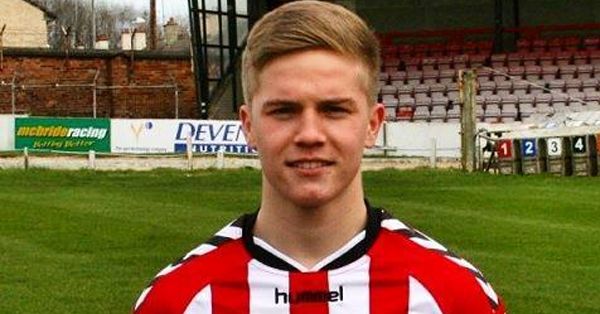 Josh Daniels, who lost five members of his family in the Buncrana pier tragedy, has said dealing with the loss “doesn’t get easier and it never will”.

The only survivor was Mr Daniels’ four-month-old god-daughter Rionaghac-Ann.

Speaking on BBC Radio Foyle, Josh looked back on the night of the tragedy. He said he knew that something wasn’t right and he rang the police when media reports started coming in and he feared the worst for his family.

“I had a 100% feeling it was them,” the 23-year-old told BBC presenter Dessie McCallion.

Once the tragedy was confirmed Mr Daniels said he placed his focus on his god-daughter, who was saved from the water by Kerrykeel man Davitt Walsh.

“Her being saved helped Louise (Rionaghac-Ann’s mother), it helped myself and all the close circle family,” Mr Daniels said.

Looking back now, Mr Daniels said that he has used his devastating loss as a positive powering tool.

“I wouldn’t say it’s got easier. It never will,” he continued. “Time obviously will tell but they’re in my thoughts everyday.”

“I used it to every advantage that I can, to be positive and do things for them and try and make them happy.”

Mr Daniel said that football and playing for his former club Derry City was also a saving grace during this heartbreaking time. He returned to training two weeks after the tragedy.

“Football was probably the main factor that kept my head down and kept me focused on something else,” he said.

The talented footballer has since signed to Glenavon, has a baby girl and is due to get married in May this year. He said he has matured as a man and is looking forward to the future of his career in full-time football.

“I think I’ve matured massively and probably not by my own doing but it has to be done.”