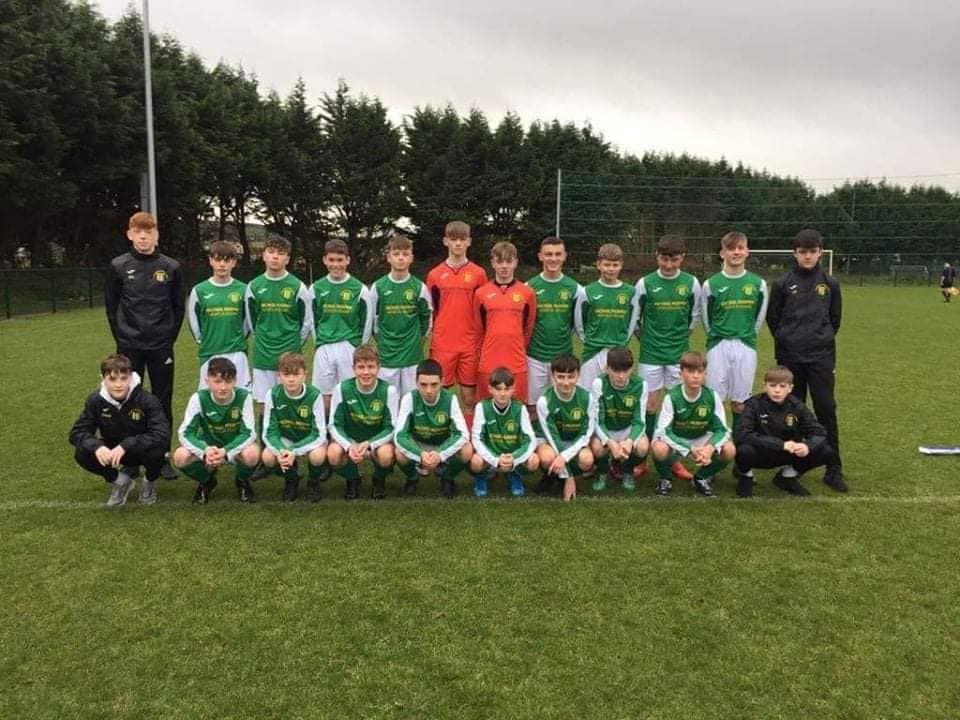 Ballyare is set for a tasty game this weekend as Donegal Schoolboys face their Inishowen counterparts on Saturday in the U15s SFAI Subway Inter League Ulster final ko 2pm.

The winners of the game will go into the National semi-final. Both sides should be hard to separate on the day already playing out a 0-0 draw earlier in the group stages of the competition.

Since the introduction of u-15 and u-13 LOI leagues, county and other development squads have been put at limbo losing many players to senior clubs. Donegal have 4 players left from last years’ Kennedy cup squad with many making the move to Finn Harps.

Donegal Head Coach Martin Fox is assisted by Kyle Maloney and Garry Gibson and there has been a lot of work put into the new squad in recent months.

“We decided to keep a training group of 25/26 players. I am not a believer in picking a squad of 18 and that’s it closed.” says Fox.

“Boys develop at different stages and who are we to judge someone who might not be at the level of some others at the moment. They are 14/15 years of age.”

“We started this at the end of August when the League was coming towards the Champions League stages and we looked at over 60 players. Some boys were picked by Finn Harps U15 League of Ireland so we had an open process whilst those assessments were ongoing. At the end of it all, it’s providing boys with extra hours of football that they wouldn’t have otherwise got.”

Fox praised the commitment of his young squad and says without hard work there is no reward.

“we have boys and parents travelling from Ballyshannon, Keadue and Fanad and not a session has been missed.”

“Shaun Gallagher has been doing agility and core work with them and they have a wee programme to do at home in their own time too. It’s all about doing that bit more to improve. “

“Talent is there but if boys don’t want to learn or improve there is no point. Lots of these boys were on the fringes of trials and squads for County teams last few years without been picked so for them to finally pull on their County jersey and represent their leagues, club, coaches and family should make them proud.”

“They might be regarded as not quite LOI level yet but if they keep their head down and work hard and want it, Harps and Derry will come looking again at them.”

Inishowen always prove to be a tough outfit despite the loss of players to Derry City.

For Fox and his young side, the opportunity to perform at a national stage could prove pivotal in their football education.

Finals for the competition will be played at the end of February in Mullingar.