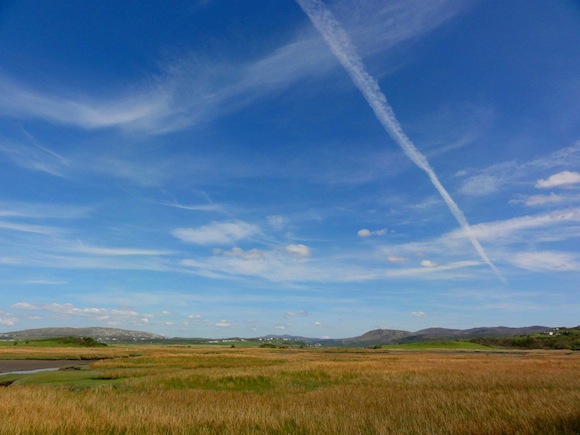 The Gweebarra Conservation Group is calling on voters in Donegal to question election candidates on environmental issues.

The group, which was established 21 years ago, has written to local councillors and TDs to express their anger that Donegal is again “under siege from investment companies intent on profiting at the expense of the environment and the way of life enjoyed by the community and visitors alike.”

On December 19th, 2019 Brookfield Renewable Ireland, a subsidiary of Brookfield Renewable Power Ltd, Canada published a notice of their intention to erect a 100m (338ft) mast secured with a kilometre of steel guy wires at Clogherachullion and Cloghercor beside Doochary.

The group says that if granted planning permission it would be 15m (50ft) taller than the tallest building in Ireland, the Obel Tower in Belfast and would be visible for 60km from Sliabh Liag to Glenveagh National Park, Arranmore Island and everywhere in between by day and by night.

A spokesperson said “Brookfield Renewable want to impose a mast on the community, hoping to subdue people into accepting industrial wind turbines or worse. There is no other reason as the Irish Wind Energy Association has the latest wind data from satellite and meteorological sources. Anyone in Donegal can tell you there is either no wind or it is too windy for turbines to operate safely.

“There are well-documented health implications for anyone living up to 20km from industrial wind turbines. These health problems from infrasound can cause cardiovascular problems, sleep deprivation, disorientation and depression.

“These companies get paid whether the wind blows or not from subsidies on our electricity bills and the profits they make selling on the planning permission or the wind farm.

“They certainly don’t care about the blight on the landscape or the loss of habitat for wildlife, the devaluation of the land and people’s homes and the effects on tourism, not to mention the stress on the local population whose way of life is under threat.

“We have to preserve our bogs and mountains as they are carbon digestors and are an extremely valuable asset in reducing Ireland’s carbon footprint.”

The Gweebarra River is one of the last Salmon Rivers in Ireland and is part of a vital wildlife corridor between the West of Ardara Maas Natura 2000 site, the Rosses and Glenveagh National Park.

“Over the last 20 years we have had a constant barrage of planning applications for unsustainable developments within a 25km (15mile) radius, including 50 wind farm planning applications and several attempts to introduce mining, the most recent being only 6 months ago. Life is hard enough in the hills of Donegal without having to fight to keep the ground under your feet.”

Each turbine weighs between 164 and 334 tonnes of steel and requires 1000 tonnes of concrete and a magnet made of several tonnes of rare earth minerals mined in Asia and Africa which negates the claim that energy from industrial wind turbines is ‘green energy’.

Brookfield are the largest publicly traded hydro and wind-power company in Canada.

The spokesperson added “If they were imposing these structures on First Nation land in Canada there would be outrage. We are outraged that they are trying it here.”

The land Brookfield want to use belongs to Cairn Investment Ltd which is owned by the Cavanagh family of Fermoy, County Cork. They are the only landowners named in the planning application.

“Many residents are elderly, Irish speaking sheep farmers who are vulnerable to exploitation by these investment companies. What is the agenda here? To force people out of the countryside entirely because it certainly has nothing to do with saving the planet.

“We will not allow the pollution of the Gweebarra River just so somebody sitting in Toronto or Fermoy can make money,” added the spokesperson.

People have only until February 4th, 2020 to send their objections in writing only to the Council and they must include the planning file no. 19/52020 and a €20 fee.