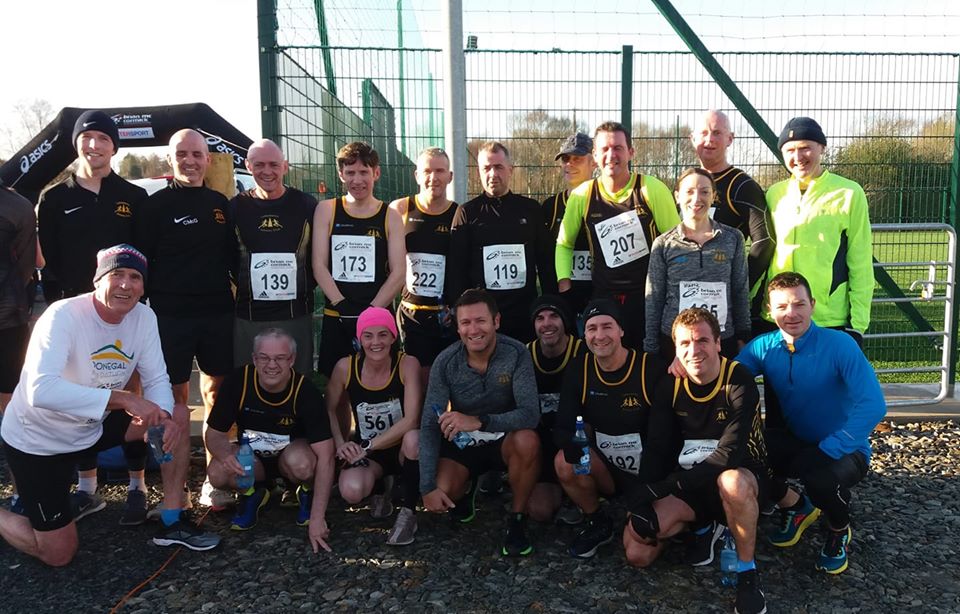 LAC runners were to the fore on Sunday and club runners occupied 3 of the first 4 places and the top 3 places in the women’s race.

John McCallion’s time of 34.57 gave him a top 10 placing. Ciaran McGonagle was making a welcome return after an injury and will be pleased to have run 36.31. Kevin McGee’s time was 37.27.

Frank Pinder’s time was 47.51 and Gerard Mullen’s was 47.59. Margaret Shiels had a fine run and took the F50 prize in 48.34. Richard Raymond continued his impressive return from back problems and finished his first 10K for several months in a time of 49.13.

Club coach, Teresa McDaid, was given a tremendous and very well-deserved award at the weekend.

Teresa is Athletics Ireland’s Senior Teams’ Operations Manager and, for that role, she was given the award of Signify Ireland ‘Manager of the Month’ for December.

Fionnuala McCormack was 4th in the Senior Women’s race and the team secured a silver medal. Teresa received her award from Mariana Mulhall, Signify Ireland.