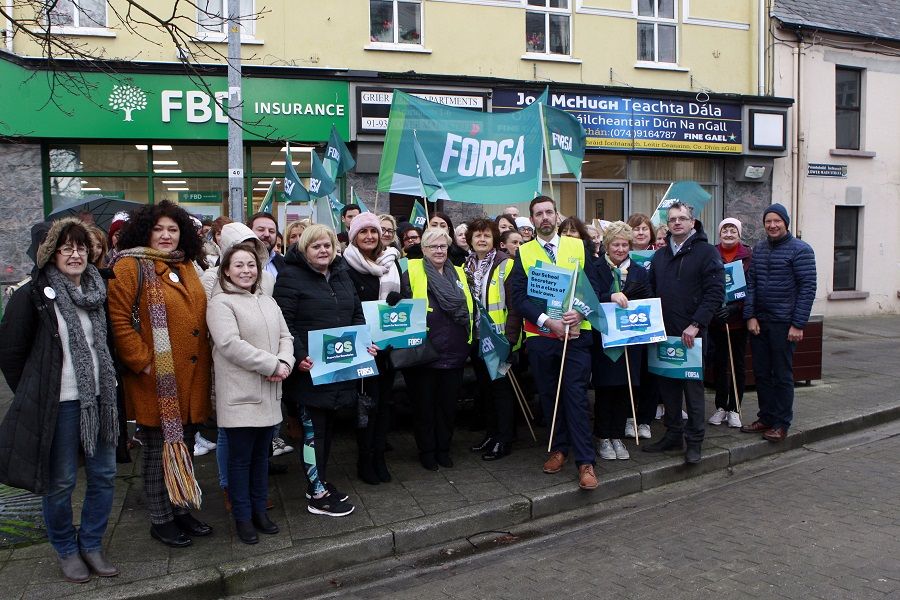 School secretaries have suspended their industrial action to return to talks with the Workplace Relations Commission (WRC).

Talks at the WRC will focus on the ongoing dispute over the two-tier pay system affecting two-thirds of the estimated 3,000 school secretaries nationwide.

Fórsa’s Head of Education Andy Pike said the talks at the WRC needed to yield real and significant progress to end the “antiquated system” under which school secretaries are employed: “A failure to make real and significant progress would lead to an immediate resumption of industrial action by school secretaries, because they have resolved to keep the pressure on until the issue is dealt with once and for all.

“The minister and the department had previously made the mistake of underestimating that resolve, which led directly to the one day strike last Friday,” he said.

School secretaries engaged in strike action on Friday 10th January following what the union described as an ‘insulting and derisory’ offer of 1.5% at the WRC last December. A rally took place outside Education Minister Joe McHugh’s constituency office in Letterkenny.

Commenting ahead of the talks, Minister McHugh said: “I welcome the decision by the FÓRSA trade union to defer strike action and to re-enter negotiations at the Workplace Relations Committee on the issue of secretaries’ employment.

“I have been on record since being appointed Minister for Education and Skills on the need for deep engagement on this issue.

“Secretaries and other support staff play a hugely important role in ensuring the smooth day to day running of schools and I am deeply conscious of the issues that secretaries have raised with me personally.”

Minister McHugh added that compromise will be necessary to find solutions to the ongoing issues.

He said: “The Department has previously engaged with FÓRSA at the WRC and has remained open to returning to talks. I am glad that is now happening.

“The best way of resolving disputes is by sitting down together and going through the issues.

“I have always maintained that the only way this situation will be resolved is with the help of the WRC. Both sides will have their own positions, but compromise is necessary or nothing would ever be resolved,” Minister McHugh concluded.