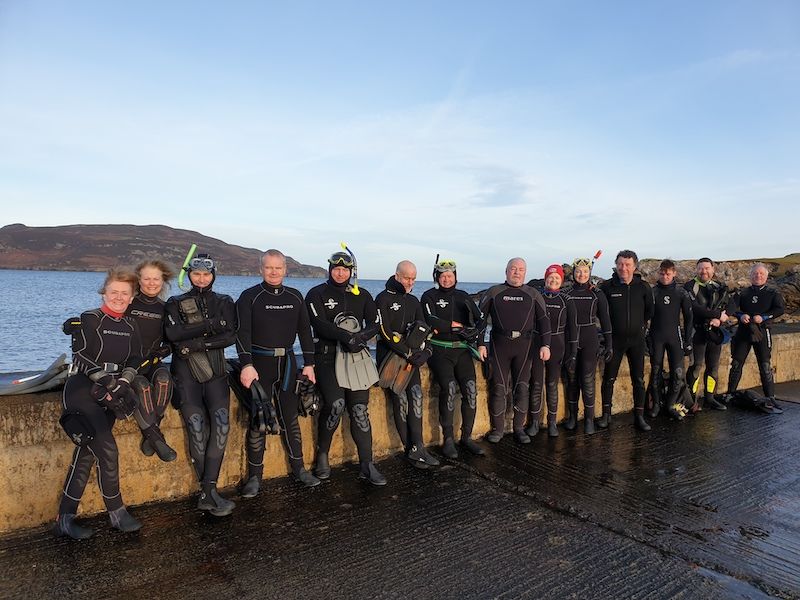 SUNDAY dawned bright and calm with the most vivid sunrise sky imaginable – in stark contrast to what Storm Brendan had inflicted along the Donegal coastline earlier in the week.

The beautiful winters’ morning was an ideal opportunity to get into the sea and for the new Sheephaven trainees and returning past members one that they embraced wholeheartedly.

There is a noticeable lengthening of the daylight hours and with it the promise of good diving weather in the near future and for that the Sheephaven Sunday morning snorkel routine leaves the divers in an ideal position to grasp the opportunity, whenever it might come.

The sea state on Sunday was good, with enough of an Atlantic swell to give the divers a bit of a challenge, while water temperature is still around 8 degrees Celsius and very little horizontal visibility.

For some of the club members the morning wasn’t properly finished off until they had a bit of a swim in their togs, with their wetsuits set aside they have begun a trend that only the hardiest will follow, well done indeed.

The week ahead will be simple in comparison to a Donegal open-water swim in mid-January.