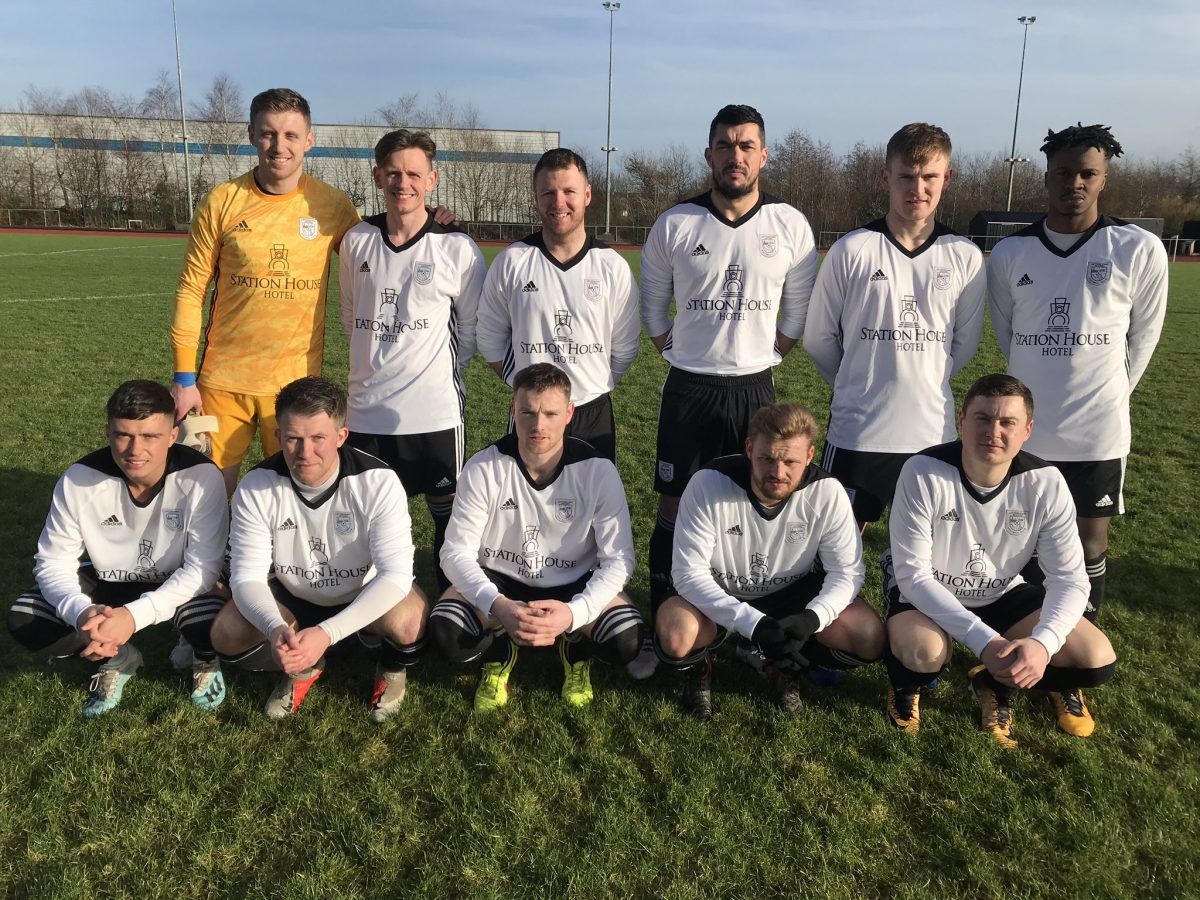 Unbeaten Letterkenny Rovers have too much for Harps in USL

Letterkenny Rovers remain unbeaten in this seasons Ulster Senior League  as they defeated Finn Harps Reserves 4-1 on Sunday afternoon in a game which was played in perfect conditions at the  Aura Centre.
Letterkenny 4-1 Finn Harps
BJ Banda was again the catalyst for a decent victory for Rovers and he was on the mark with yet another brace and brings his monthly tally to an impressive six goals.
Rovers were quickest out of the blocks and after Kevin McGrath shot over when well placed on 4 minutes they did take the lead on 7 minutes when a move involving the highly impressive Ryan Lonergan saw him thread a pass to Johnny Bonner and he squared it for Gary Merritt to fire home from close range.
That win settled Letterkenny and they doubled their advantage on 16 when a Conor Gormley ball was flicked on by McGrath into the path of Banda and he ran through before dispatching an effort low to the net past hapless visiting netminder Adrian McLaughlin.
Harps though were lively with Luke Rudden in particular being a menace and he shot into the side netting as they looked for an instant reply while Stephen Blacks header from a corner forced a decent save from home custodian Rory Kelly on 24 minutes.

Banda also missed a gilt edged chance to increase Rovers lead when firing high over the bar when through on goal while Johnny Bonner also came close to extending the lead.
Harps though were not to be denied a foothold in the game and they did halve the deficit  on 31 minutes when Corey McBride fired home a free kick from the edge of the area after Rhys McDermott was penalised for a foul on Gabby Aduaka.
The concession of that goal sparked an instant reply from Rovers and they restored the two goal advantage just two minutes later  when a Lee Toland cross was headed back across goal by man of  the match Lonergan into the path of Banda and he blasted home.
It was an eventful opening half with plenty of chances and it was Harps who finished the opening half the stronger with Rudden firing just over while Kelly had to be alert to deny Nathan Logue with a save when he shot from the edge of the area.
Harps came close on 53 when sub Jamie Dohertys effort was deflected just wide and they were left to regret that as Rovers put the game to bed on 56 minutes when again Lonergans teasing cross saw McGrath and Bonner link well before McGrath turned his defender before slotting home a neat finish to the bottom corner to make it 4-1.
Harps did come close through Gabby Aduaka with a header from a Conor Black corner before the game fizzled out after that with the game not helped by a long stoppage for a nasty looking shoulder injury to Harps defender Darragh Ellison and it was Rovers who came closest in the latter stages to extending the lead but Banda was to be denied his hattrick with some last ditch defending and profligate shooting which would have rounded off a fabulous few weeks for the striker.
Finn Harps Reserves; Adrian McLaughlin, Lee McLaughlin, Conor Black, Stephen Black, Daragh Ellison, Jack Doherty, Corey McBride, Dylan Woods, Luke Rudden, Nathan Logue, Gabby Aduaka.
Subs used; Jamie Doherty, Rian Akpatanyi, Christopher Diver and Jack O’Donnell
Letterkenny Rovers; Rory Kelly, Rhys McDermott, Lee Toland, Emmett Friars, Dan O’Donnell, Ryan Lonergan, Kevin McGrath, Connor Gormley, Gary Merritt, BJ Banda,Johnny Bonner.
Subs used; Joel Gorman, Davitt Walsh, Johnathan Coady, Ciaran Daffan.
Referee; Marty McGarrigle
Unbeaten Letterkenny Rovers have too much for Harps in USL was last modified: January 26th, 2020 by Chris McNulty

USL game off as weather begins to...

Listen: Martin Fox looks ahead to U15...