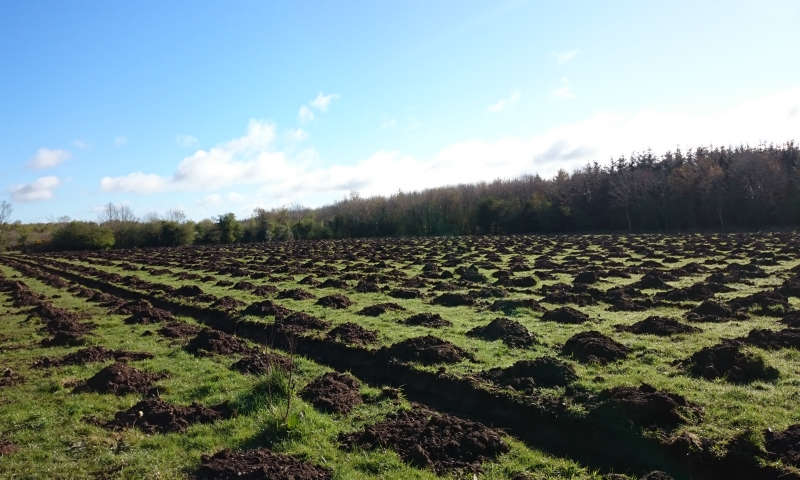 Green Party candidate Michael White has called for a massive tree planting initiative in the county as a way to tackle biodiversity loss and carbon dioxide emissions.

It’s part of a series of initiatives from the Donegal Green Party to boost local jobs while tackling key environmental issues.

“We want to work with farmers, public bodies and private companies in Donegal to plan a continuous, unbroken band of trees running from Ardara in the south of the county to Malin town in the north east” said Green candidate Michael White.

“Planting large numbers of trees is one of the fastest and cheapest ways to remove CO2 from the atmosphere [1]”,

“And it also helps us tackle the loss of wildlife and biodiversity in Donegal at the same time.”

The Donegal Green Party’s plan is to plant “continuous cover forestry” using native tree species rather than the Sitka pine trees that are currently used in most areas.

Take-up of the scheme will be driven by payment of a special planting premium to farmers around the county for the planting of one hectare of woodland on their farms.

In the past 40 years wildlife populations have declined by about 60% due to habitat destruction, pollution, growth of invasive species, land use change and climate change according to the World Wildlife Fund.

Two thirds of our native birds and half of Irish bee species are at risk. And there has been a massive drop – up to 75% – in insect populations.

“This kind of decline has never happened before – it is something we need to be worried about. But we don’t have to let it get worse – there are simple steps we can take to fix the problem”.

As well as tree planting, the Donegal Green Party would like to boost funding to the National Parks and Wildlife Service (NPWS), which looks after Glenveagh and a number of other sites around Donegal.

“The total National Parks and Wildlife Service budget for 2017 was €11 million. In comparison, the Greyhound Racing Board received €16 million that year and Horse Racing Ireland received €64 million. That is a crazy way to prioritize. We want to increase NPWS funding to €50 million as soon as possible. That would mean more spending and employment by the service here in Donegal,” said Mr White.