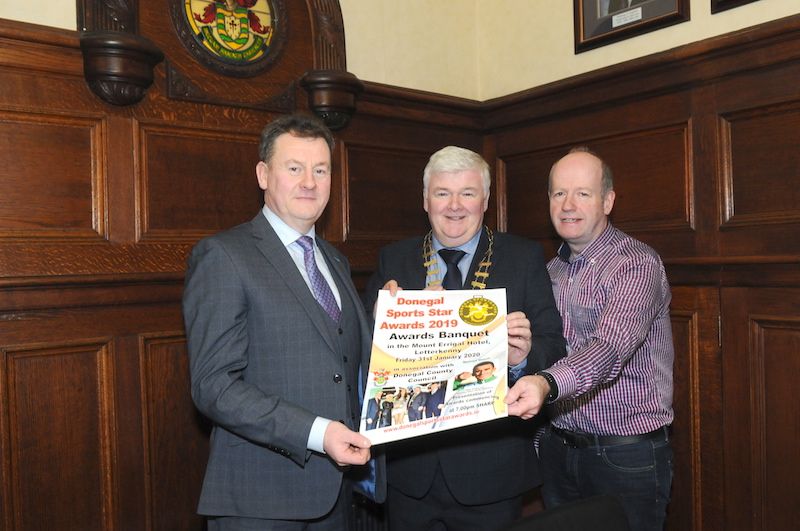 All set for special night at 2019 Donegal Sports Star Awards

Some 180 nominees will be among 600 guests at a sell-out gala awards ceremony.

Tickets for the 2019 Awards sold out last Saturday and the organisers have been busy this week putting the final touches to the preparations for the biggest annual sporting social night in the County.

40 awards will be presented with the finale being the naming of the overall winner.

And there has been plenty of speculation about who will be on the shortlist this time for the top honour since the beginning of the month.

Donegal Sports Star Chairperson Grace Boyle said it has been a very busy time for her committee.

She said: “I’m delighted for our committee who have put a lot of hard work in and it is very rewarding to see the Donegal Sports Star Awards is sold out again.

She said: “We want to thank Donegal County Council again for being the sponsors which gives us the support to make it such a huge awards event.

“At this point I would just like to congratulate all the teams and individuals who have been nominated. That is a huge achievement when you see so many who have been successful in sport during 2019. It’s a very special night and the important thing now is that everyone enjoys the occasion.”