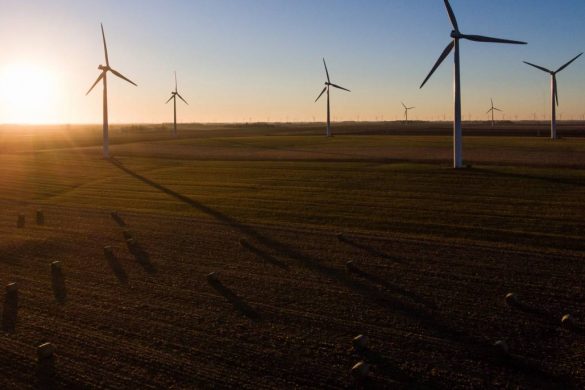 Father and son face jail if they obstruct windfarm developers

A High Court judge has warned a father and son they face being jailed and having their machinery seized if they persist in obstructing an access route being used by the developers of a Co Donegal windfarm.

Ms Justice Leonie Reynolds said she had run out of patience with Joseph McGonigle and his son Seosamh McGonigle whom it is claimed have prevented parties involved in the construction of a windfarm Glackmore from accessing the site.

Late last year the court granted an injunction against the father and son of Aught, Ture, Muff, Co Donegal restraining them from interfering with or obstructing with an access route being used by the windfarm developers.

The orders were granted after it was alleged the McGonigles had blocked the access route to the windfarm development with a JCB digger.

It was also claimed they dug up part of the roadway, which the court subsequently ordered should be restored, over which the developers use for access.

The orders were sought by Storm Renewables Ltd which claims it owns the lands the developers use to access the construction site, and Michael Doherty who is a director of that company.

The other plaintiffs in the case are Enros Wind Farm Ltd and the Three Trees Wind Project Ltd which are involved in the development and construction of the windfarm.

The McGonigles claim the lands the developers are using to access the construction site are owned by their family, and not by Storm Renewables.

They claim the defendants are trespassing and are in breach of his property rights. They also claim that they have been subjected to harrassment and intimidation.

Those claims are denied. The dispute has been before the courts on several previous occasions since the injunction was sought.

The case returned before the court on Friday when Eoghan Cole Bl for the plaintiffs said a further incident had occurred in recent days when a tractor and a mobile home were placed at a location close to the lands in dispute.

The tractor and mobile home, counsel said were place on lands whose ownership is not in dispute, which are included as an alternative route of access for vehicles to get to the construction site

Under health and safety requirements the alternative route must be kept clear, counsel said.

Counsel said Joseph McGonigle has in correspondence denied any wrongdoing in regards to the matter and he would remove the tractor, and denies causing a blockage of the alternative route.

Counsel said he claims the tractor overturned when he was moving the mobile home, and that he was injured in the incident.

However counsel said it is their case this is the latest attempt to frustrate his cleints, who he said want additional orders requiring the defendants to remove the vehicles from the alternative route.

The McGonigles had previously attended court when the case was before the judge neither father nor son were present in court on Friday.

A person purporting to speak on their behalf said they could not attend court due to health reasons.

Ms Justice Reynolds said she was prepared to grant further orders against the McGonigles, requiring them to remove the tractor and mobile home from the alternative route.

The Judge said she the had given the McGonigles “every opportunity” to deal with matters arising out of the dispute.

However the judge after hearing evidence from the plaintiffs she said she was “not impressed,” and in particular noted that the latest incident “gave rise to health and safety concerns. ”

She warned that, irrespective of any medical conditions, the McGonigles would find themselves “incarcerated.” if there were any further incidents of court orders being breached.

She added that orders to have the machinery seized were also being contemplated in a matter where “a large bill of legal costs” has also been run up.

The McGonigles had until Sunday afternoon to remove the most recent blockage, she added.

If that was not done, the plaintiffs could remove the tractor and mobile home themselves, she added.

After she granted the orders the judge adjourned the matter for a week.