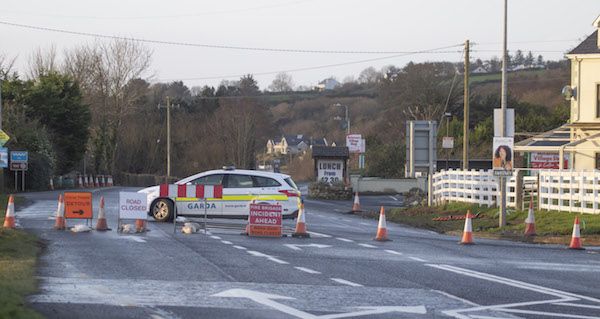 Man who died in Inishowen crash is named

The young man killed when his car crashed on a coastal road in Inishowen and ended up on a nearby shoreline has been named.

He was named locally as John Patton, who was originally from Derry.

Mr Patton, aged 34 was killed when his grey Volkswagen Golf crash just before 4am today on the main Muff to Quigley’s Point Road at the Three Trees.

The emergency services including the coastguard rushed to the scene for fear there may have been other passengers in the car.

The tide on Lough Foyle was partially in and Gardai feared there could have been other casualties.

The Rescue 118 helicopter using heat-seeking equipment was also drafted in.

Garda Superintendent Eugene McGovern said when the car entered the water they simply did not know how many people were in the stricken vehicle.

He said “At that stage we simply did not know how many people were in the car and we requested assistance from both the coastguard and the rescue helicopter using heat-seeking equipment.

“In the end there was just one person in the car and he was pronounced dead at the scene.”

Mr Patton’s body was removed to the mortuary at Letterkenny University Hospital for a post-mortem examination.

The Muff/Moville road (R238) which was closed for Garda Forensic Collision Investigators has now reopened.

Gardaí are appealing to anyone who may have information regarding this incident, particularly any road users with camera footage who were travelling the Muff/Moville road between 3.00am and 4.30am on 3rd February 2020, to contact Buncrana Garda Station on 074 932 0540, the Garda Confidential Line on 1800 666 111 or any Garda Station.