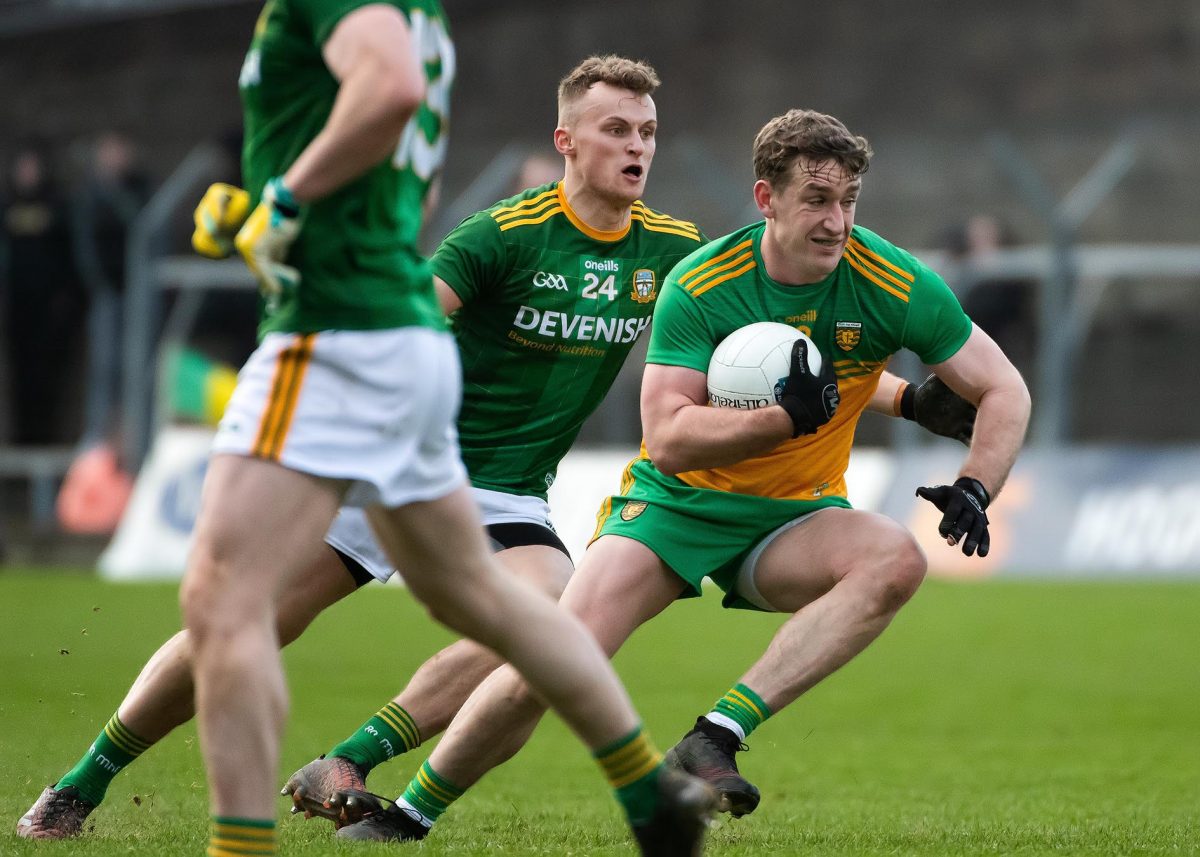 HUGH McFadden has emerged as a doubt for Donegal’s Allianz League Division 1 clash with Galway on Sunday.

The Killybegs man had to be withdrawn in the closing stages of the win over Meath in Navan.

The Donegal midfielder was replaced by Jeaic Mac Ceallabhuí late in the game and was not expected to take part in training last night.

“There is a concern about Hughie McFadden for the weekend,” Donegal manager Declan Bonner told Donegal Daily/Donegal Sport Hub.

“Everyone else is okay. Hughie is a big doubt for the weekend.”

Bonner is down several players at the moment, but expects Caolan McGonagle and Daire Ó Baoill to make their respective injury returns for the Croke Park joust with Dublin in two weeks’ time.

Bonner said:  “Well get this game over us, then we have a week off so we should have a couple of the guys back for Dublin.”

Bonner is without a host of players who are unlikely to feature in the League.