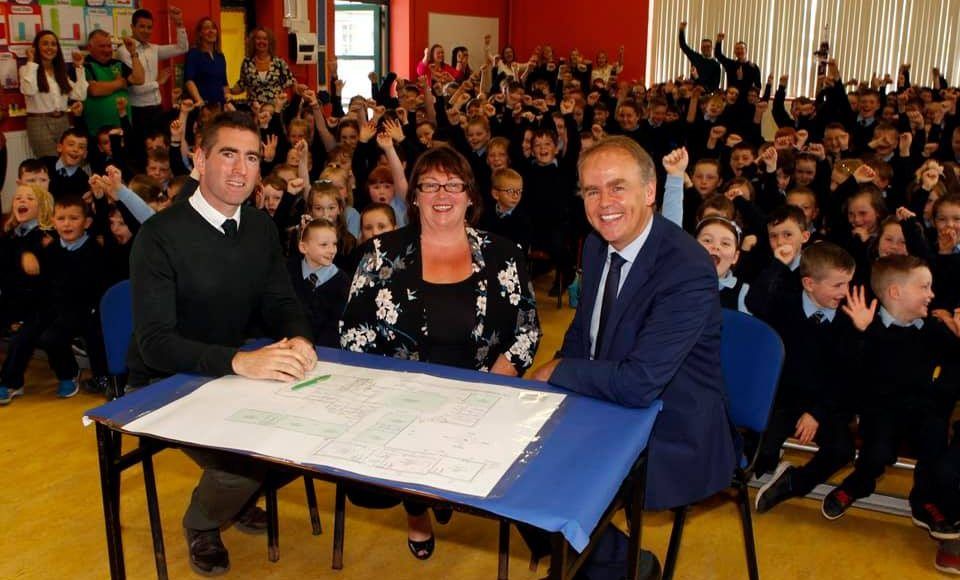 Minister for Education and Skills Joe McHugh has today reiterated the commitments made by Fine Gael in Government to invest in schools in Donegal.

As Ireland prepares to vote in the general election on Saturday, Minister McHugh is promising to continue his work on prioritising school building projects in the county.

“During my 14 or so months as Minister it has been a privilege to ensure a new focus is placed on the many, many school building projects in Donegal,” Minister McHugh said.

“We have more than a dozen major projects in the pipeline in the county and three of those will have diggers on the ground this year – Glenswilly NS; St Mary’s NS Stanorlar; and Scoil Cholmcille Letterkenny.

Minister McHugh added that more extensions are in the pipeline.

“There are also many major extensions which have also been approved over the last year or so, including major plans for sports and teaching facilities at Raphoe Royal and Prior and big plans for expansion at Pobalscoil Na Rosann, Pobalscoil Ghaoth Dobhair, Deele College Raphoe, Loreto Community School and Mulroy College in Milford, and Abbey Vocational School Donegal Town as well as Scoil Naomh Mhuire, Buncrana.”

More work is yet to be done, he said.

“It has been a great privilege to work on these projects over the last few years in Government and especially as Minister for Education and Skills.

“I have also had discussions with officials on issues relating to Milford NS and the need for this school to be on the next capital plan.

“I’ve discussed this with principal Sharon McVey-Peoples and staff on a few occasions.

“The Department has already carried out a review of the school building and its site and they have been authorised to hire a consultant to carry out a detailed structural report and health and safety review and I know there is an option for a new green field site.

“The Department is considering the application and I believe that this project and Pobalscoil Chloich Cheann Fhaola, in Falcarragh, which requires significant works should also secure the required investment.

The Minister concluded: “Fine Gael in Government has delivered massive investment in schools in our county and with such significant progress made on many, many projects it is time to look forward and prioritise more spending and work.”