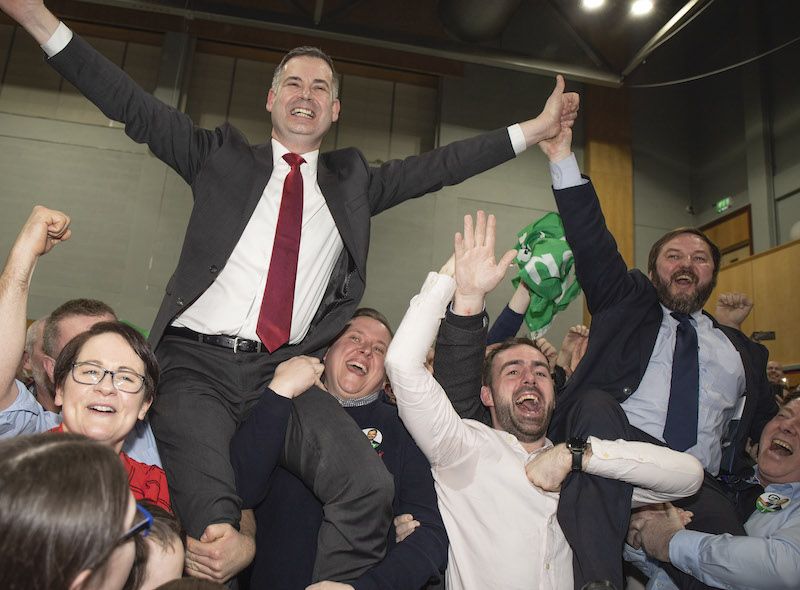 SINN Féin have topped the poll in Donegal this evening with a hugely impressive vote returning both Pearse Doherty and Padraig Mac Lochlainn to Dáil Eireann on the first count.

From the opening boxes this morning at the Aura Leisure Centre, it was clear that Sinn Féin were on course for a landslide victory in Donegal.

The roof was raised in the hall as returning officer Geraldine O’Connor declared their election. Doherty and Mac Lochlainn were raised shoulder high amid jubilant scenes from elated Sinn Féin supporters, who led a rousing chorus of Óró Sé do Bheatha Abhaile.

Sinn Féin’s combined 34,935 first preferences amount to 45 per cent of the 77,452 votes cast across the Donegal constituency.

“It is phenomenal,” Deputy Doherty said. 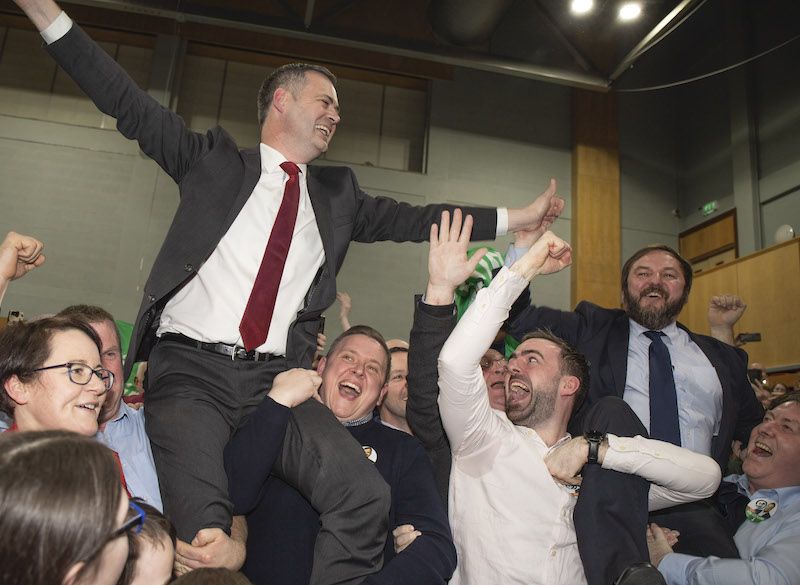 Pearse Doherty and Padraig MacLochlainn are carried high by supporters when they were deemed elected in Donegal. (North West Newspix)

It was a particularly sweet moment for Mac Lochlainn, who lost his seat four years ago by just 184 votes to Thomas Pringle.

Deputy Doherty said: “We had a difficult day here four years ago when we lost Padraig’s seat. People have now responded to Padraig’s leadership and his hard work on the ground.

Deputy Doherty said: “It is a huge endorsement of the message and all of the political parties need to listen to that.

“You listen to the people and listen to the issues.People have come out right across the State and I have been privileged to drive the message for change.

“The added bonus is we are seeing thousands off people coming in and joining Sinn Féin.