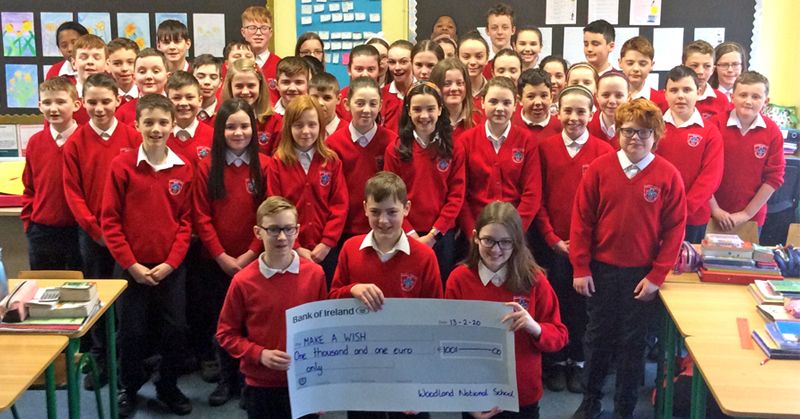 The sixth class pupils of Woodlands NS Letterkenny have been praised for donating some of their Confirmation money to charity.

The Make-A-Wish children’s charity will be benefitting from a €1,001 donation this year thanks to the children who made their Confirmation on the 1st of February.

This has become an annual tradition at Woodlands NS, where the children decide to donate a percentage of money they received as gifts to a worthwhile charity.

The pupils themselves discuss charities, pitch their recommendations to the classes and vote on which one they wish to donate to. This year they collected €1001 for the ‘Make-A-Wish’ foundation. This money will go a long way to ensuring that one or more local children’s wishes come true.