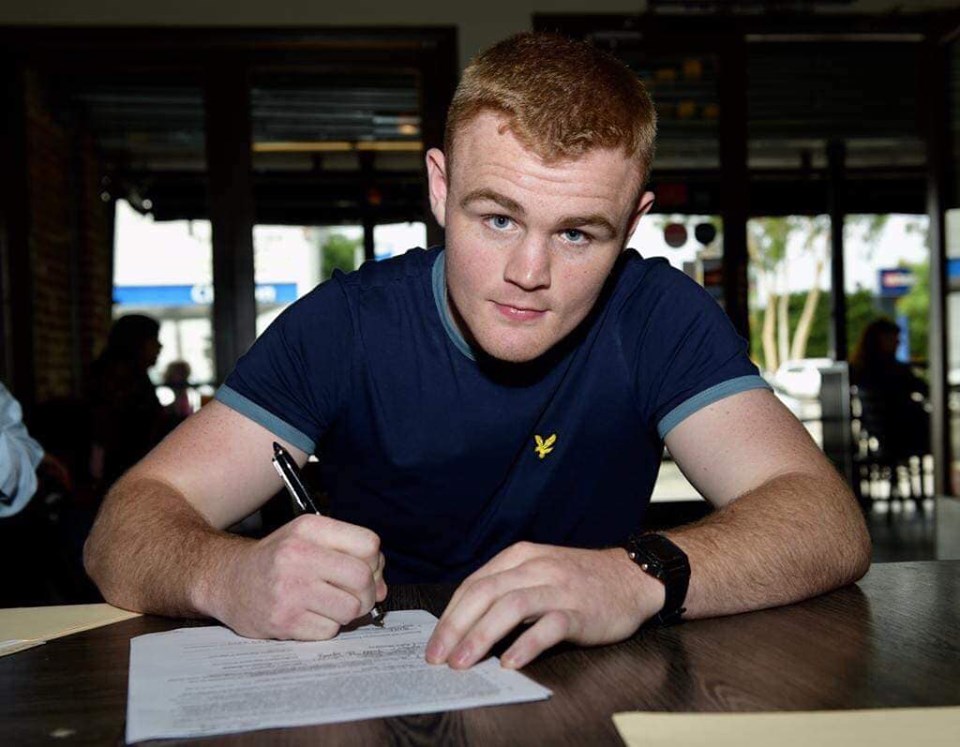 BRETT McGinty is eyeing up his professional debut in the next couple of months.

The St Johnston man is now based in Manchester where he trains under former world champion Ricky Hatton.

McGinty was snapped up by Los Angeles-based Sheer Sports Management – who have Jason Quigley and Monaghan brothers Aaron and Stevie McKenna in an ever-growing stable – in 2019 and is keen to get through the hopes soon.

“I’m hoping in March to April to get my pro debut,” Mcginyt said in an interview with BBTV British Boxing Television.

“I’m training hard and feeling fit. I have a bit to catch up on, but I’m getting there.

“I’m looking forward to the future, to getting in and showing what I can do in the ring.”

A former Commonwealth Youth Games silver medalist and European Schoolboy bronze medalist, McGinty – who won eight Irish titles during a stellar amateur career with Oakleaf ABC – is excited with the transition to the pro ranks.

He said: “People have always said, from I was a young age, that I would be suited to the pro ranks because of my style. It’s up to me to prove those people right.”

Watch the full interview with BBTV British Boxing Television below …