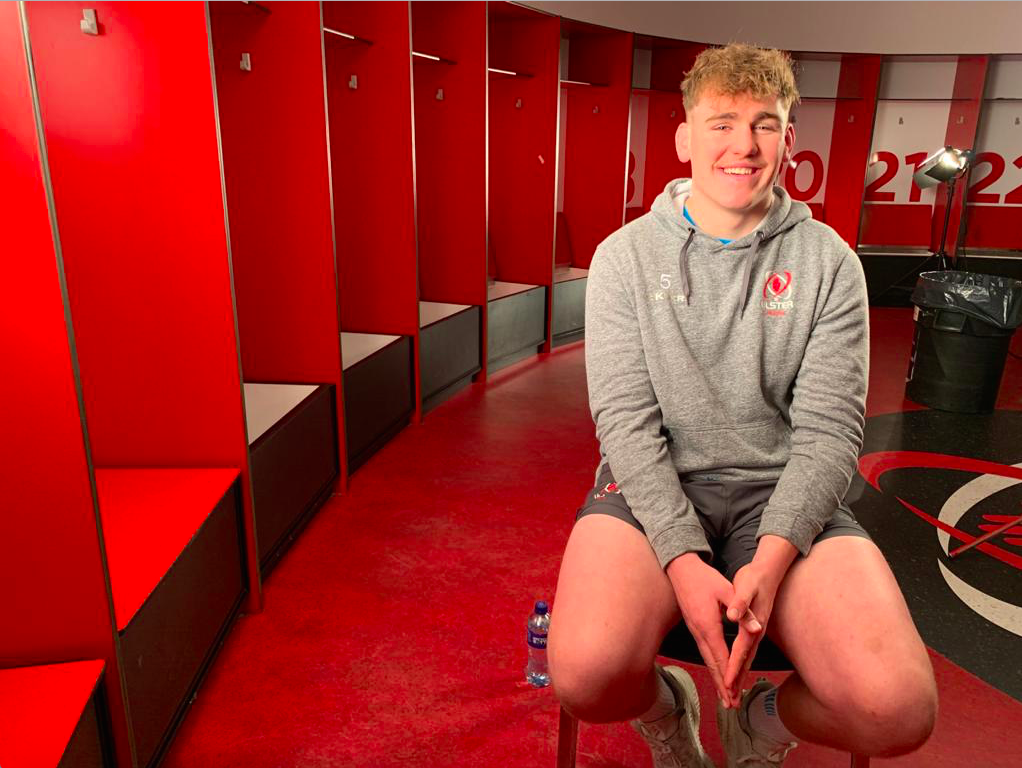 Episode one of Trasna an Líne airs next Thursday evening, February 20, at 9.30pm.

Joe Dunleavy and Conor McMenamin are among those included.

The crew follows Dunleavy and McMenamin as they train and play with both the Ulster Academy and Malone Rugby teams. They spend time with Joe and his housemate Matty, who are both competing for the same position and in their final year at the Ulster Academy.

Will Joe break through to secure that senior professional contract with only a few months left?

They show how they like to unwind after a tough training session and Joe shows off his cooking skills.

They catch up with Conor as he makes the move to Belfast to study Engineering at Queen’s University alongside training with the Ulster Academy and meet Conor and his friends after a busy day of lectures and they tell us how they keep up with their studies alongside a jam-packed training schedule that changes every week, not allowing time for much else.

Will it all be worth it for Conor to achieve his dream?

The series brings a unique insight into the lives of the current up and coming female and male rugby players from Connacht, Ulster and Scotland.

Feilimí O’Connor is the Producer/Director and Hannah Ní Shúilleabháin is Producer on ‘TRASNA AN LÍNE’. Executive Producers are Kelda Crawford McCann and Mairéad Ní Nuadháin for Crawford McCann Film and TV; Áine Walsh for the ILBF; Proinsias Ní Ghráinne for TG4 and Margaret Cameron For BBC ALBA.

Viewers are at the heart of the action and witness major make or break moments through the eyes of young players trying to reach the top and the challenges they face along the way. We see players suffer career threatening injuries; the heart ache of defeat and joy of victory. All this happens as they players must balance work, studying, training while trying to make it to the top.