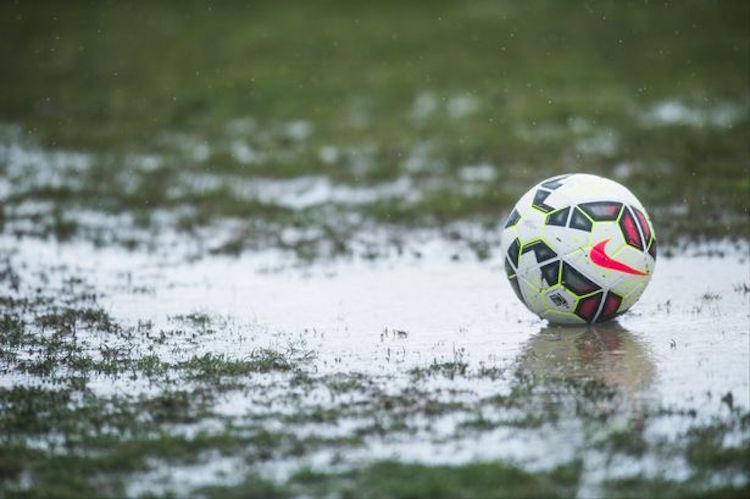 Updated 1pm: AS STORM Dennis sweeps across the country, Donegal’s sporting fixtures are being badly hit.

There is a yellow wind and rain warning in place with torrential rainfall forecast.

Donegal’s Ulster Under-20 Championship game against Monaghan is OFF following a pitch inspection. The game had initially been moved from Sean MacCumhaill Park, but a further pitch inspection has also ruled O’Donnell Park as unplayable.

Letterkenny Rovers’ FAI Youth Cup game against Douglas Hall in Cork has been called off due to dangerous overhead conditions. Rovers now face a second long trip to the banks of the Lee.

An earlier inspection has given the go-ahead for Donegal Town Reserves v Arranmore United at 1pm.