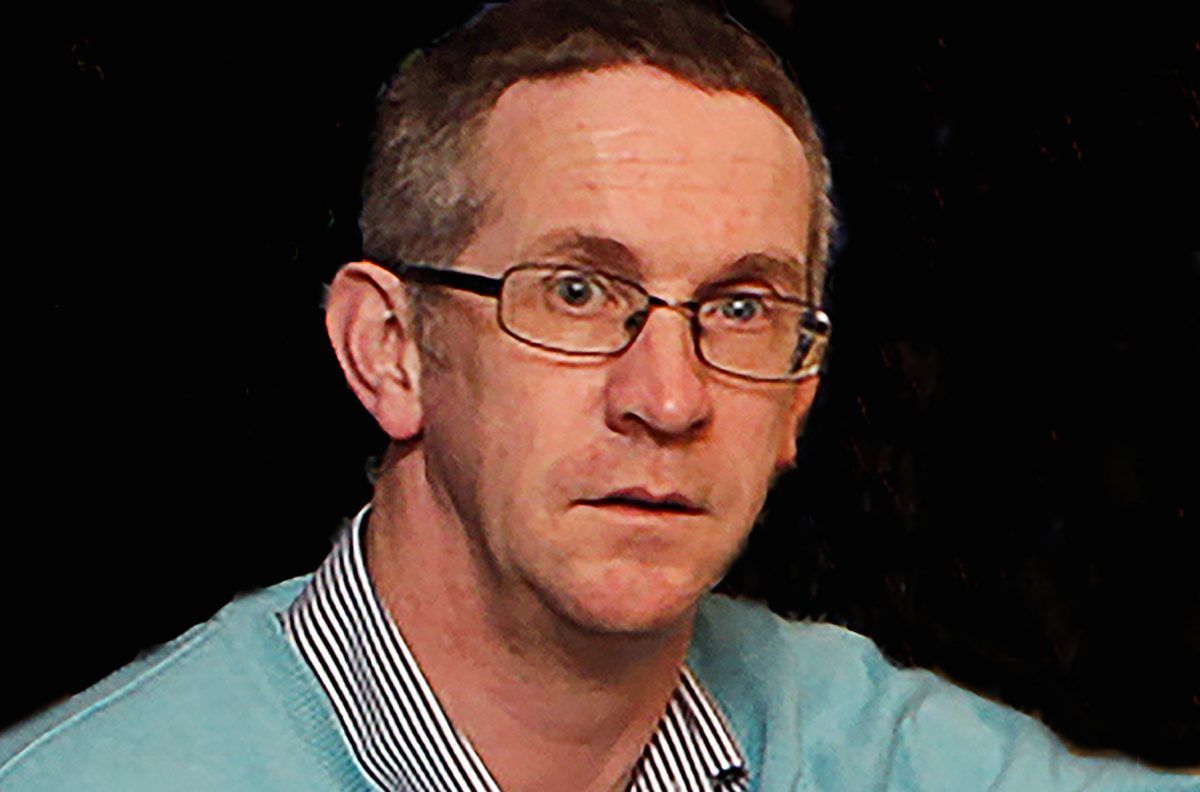 On Monday this week in Co. Meath I said goodbye to my brother-in-law Patrick Harkin. He would have turned 53 years at the start of March.

He fought a brave battle over the last handful of months in his unexpectedly short life against cancer.

Patrick was also known as Pat to his workmates was a bus driver for Dublin Bus.

It only seems like yesterday since he started working there but over twenty years have passed in which he could have easily racked up a million miles through Dublin since this proud Donegal man first sat behind the wheel of a city bus.

Over the years we had many conversations about the different types of buses that Dublin Bus provided for its capital everything from bendy buses to double-deckers from lowering buses to automatics.

In all those years I’m sad to say that I never once saw Patrick driving a Dublin bus, but I have often heard people talking kindly about meeting Patrick on a bus journey through the capital.

Patrick always listened for the Donegal accent of passengers coming on his service bus in Dublin and always would strike up a conversation with them about home. Or asked the question do you know “such a one”.

If you were lucky enough to meet Patrick on his bus and you were from Donegal you were travelling in first-class if Patrick was in charge.

Over the weekend everyone had a collection of stories they had heard from people who met Patrick driving for Dublin Bus on the 123 route or many of the routes that Patrick drove on in Dublin. 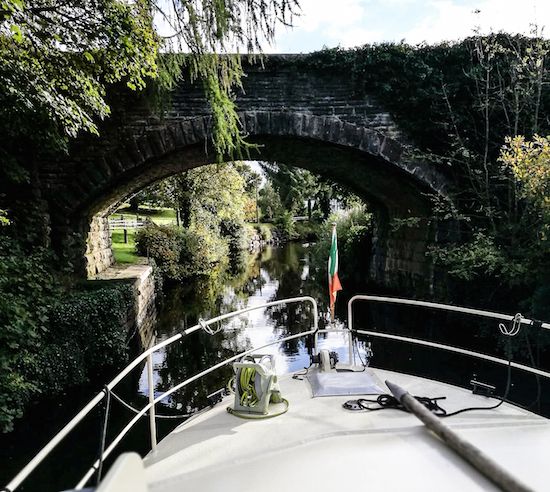 A view from the bridge od a bridge from his boat “Tide and Time” by the late Patrick Harkin as his happest cruising down the River Shannon.

When Patrick wasn’t busy navigating his way through the busy bus lanes of Dublin he found great relaxation behind the wheel of a different type of transport on his time off from work.

I have only once had the pleasure of steering a boat down the River Shannon and I have Patrick to thank for that.

Thanks to Patrick’s late father-in-law Tommy Weir, Patrick developed a great interest in cruising on the Shannon, and a good few years ago now we were invited by Patrick and his wife Melanie or Mel as Patrick always called her to a day out on the Shannon with them on their first boat they bought called ‘Saoirse.’

On that day, which now seems so far away, we were treated like royalty on the River Shannon.  After getting a bite to eat at a big open-air group meal with all the people who had boats moored in that area, we all then headed down the Shannon. Patrick let all five of us take the wheel and steer the boat when there was a wide section of water. Our three boys who were all just wanes but all got to steer the boat that day under the watch full eye of their uncle Patrick.  And on that day I was the biggest wane of all behind the wheel of their cruiser.

Over the years that invitation was always open from Patrick and Mel to return for a day on the Shannon to their present boat called ‘Tide and Time’ but wanes grow up fast and it always seemed harder to get everyone gathered up to get away for day. Something now that I sadly regret.

Before Patrick worked for Dublin Bus as a driver, he trained as a chef in England. We stayed in the Tavistock Hotel where he worked in London.  In the evening Patrick was our host and took us to the Prince of Wales Theatre where Brian Friel’s great play “Dancing at Lughnasa’ was on . That old theatre was a beautiful Victorian location for all grandeur of the capital to enjoy the brilliance of Brian Friel’s imagination and memory but wasn’t a great place for anyone around six foot tall like Patrick or myself to try and get enough leg room to sit and enjoy the play.

At the interval some very posh people sitting in front of us weren’t long telling us of them suffering a pain in the small of their back because of the movements of back of their seats with us trying to fit in. If they had only known that both Patrick and his sister Eileen, sitting in that theatre that night my wife as children passed by one of the old schools that Brian Friel received his education from at the foot of McGrory’s Brae on their long bus journey home from Dooish National School up Barnesmore Gap before finally arriving in Ballybofey.

Of course on the night Patrick didn’t share that nugget of knowledge but told the theatre-goers they should feel very lucky to be a play by a great Donegal man Brian Friel and also to be in the company of real Donegal folk sitting right behind them.

My last conversation with Patrick Harkin in the Beacon Hospital, only a few weeks ago was about the Donegal Fire Service flicking through a few photos on the phone of a few of the new fire appliances in Letterkenny. Patrick had a great respect for the Fire Service and was very proud of his cousins Joe Alexander who is the Station Officer in Stranorlar Station and also Andrew Gallagher who was the fire engine driver. 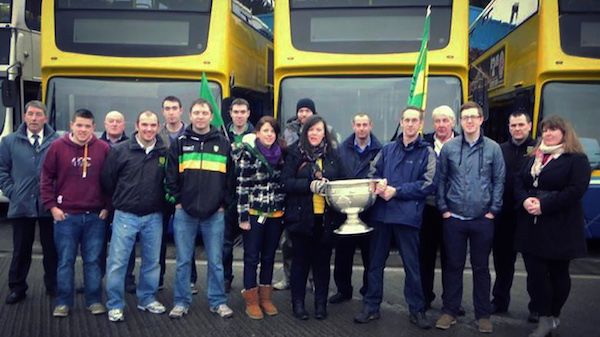 Patrick Harkin giving a hand to hold the Sam Maguire Cup pictured with fellow Dublin Bus staff from Donegal who celebrates their countys win in 2012.

On Monday Dublin Bus drivers arrived in big numbers to Patrick’s funeral in Co. Dublin and then made the short journey across the border in to Co. Meath to join with Patrick’s family and friends at Whites in Stramullen for a meal after the funeral.

I can only imagine how proud Patrick would have been on the day of his funeral to hear Donegal voices so far away from his native home, the unmistakable voice of Fr. Kieran McAteer from the Twin Towns who concelebrated at the funeral mass in Lusk. To hear his brother Brian from Derry read out a very heartfelt eulogy on behalf of both Patrick and Melanie’s families right through to the voices of all the readers at the service to the mix of all the accents at the meal. Even to the sight of a Finn Travel bus sitting outside Whites which transported a lot of people from Patrick’s home town to the funeral that day, would have made Patrick felt so proud in the way the many generations and relations of his family expressed their great sense of loss, of a husband, a son, a brother, an uncle, a godfather, a work colleague, a proud Donegal man but most of all a friend.