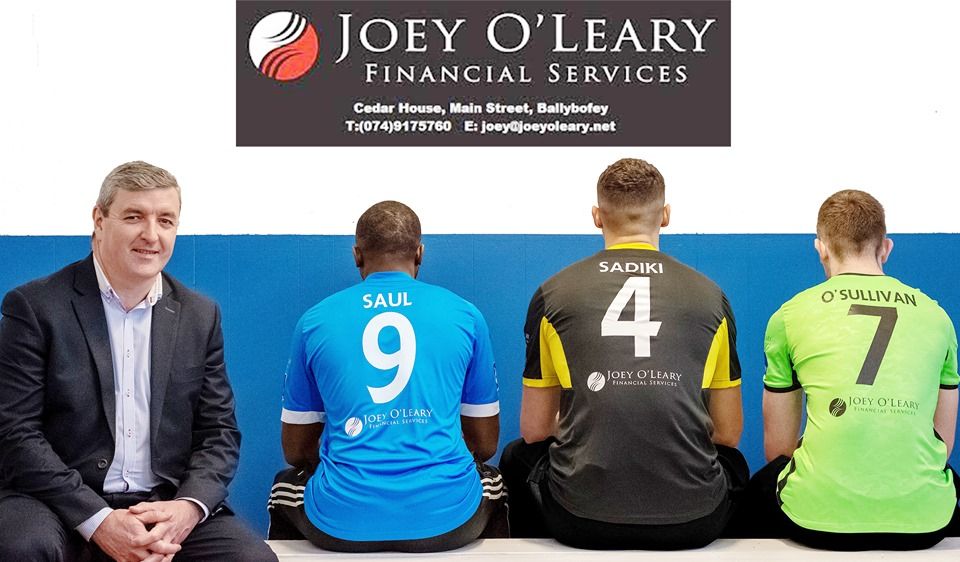 JOEY O’Leary has urged the Donegal public to get behind Finn Harps for an ‘exciting season’ in 2020.

The former Harps Chairman will be the club’s back-of-shirt sponsors for the 2020 campaign, it has been announced.

The Twin Towns man, a lifelong Harps supporter, served as Chairman from 2009 until 2013.

O’Leary has remained a fervent fan – and last year also had the logo of Joey O’Leary Financial Services on the back of the Harps shirts.

“Ollie Horgan and Paul Hegarty have made some impressive signings,” he said.

“I feel it’s important both the public and business community get behind the first team squad for what looks like a very exciting season ahead.”

O’Leary first started supporting Harps in the late 70s and recalls organising busses to away matches from his school in the 1980s.

He said: “I’m delighted to be involved as a sponsor. Possibly, one day I’ll be on the front of the jersey.”

He said: “We are very grateful Joey & his staff have made the decision to increase their commitment to Finn Harps and we would ask all our supporters to show their appreciation for their efforts.”

Harps have confirmed that their home, away and third kits will be available to purchase at the club shop from 6pm on Monday prior to the Harps-Shelbourne game.