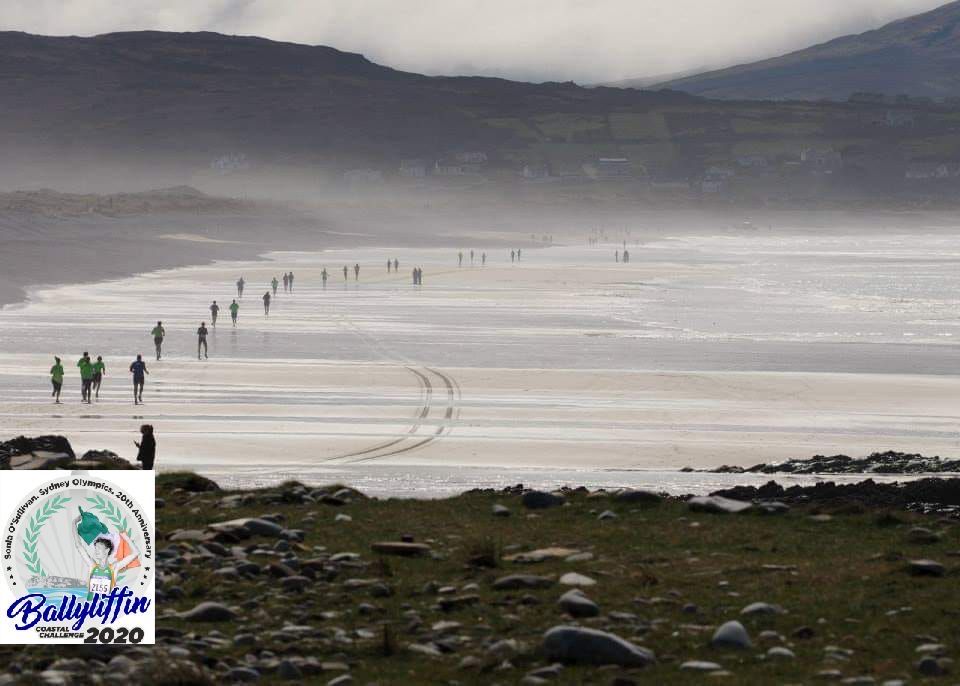 THE RACE medallion – commemorating the 20th anniversary of Sonia O’Sullivan’s silver medal at the 2000 Olympic Games – for the 2020 Ballyliffin International Coastal Challenge has been revealed.

Twenty years after Irish athletics icon O’Sullivan won a silver medal at the 2000 Olympic Games in Sydney, the Cobh woman will take part in the scenic 10-mile race in Donegal on Easter Saturday, April 11.

Participants now who take up the chance to ‘Run With Sonia’ will pick up one of the coveted medallions.

O’Sullivan said: “I’m excited to get a chance to race in such a lovely part of the world and to catching up with Patsy again.

“Patsy was with me for some of my most memorable days, good and bad, and it’s great that we’ll get a chance to catch up again.”

Oorganisers expect to have a full entry list with entries limited to 1,500 participants.

McGonagle said: “Specsavers, Letterkenny have come on board this year as our main sponsor and we are indebted to Paul O’Donoghue and his team for their support.

“We are excited and honoured that an Irish sporting icon of the stature of Sonia O’Sullivan should agree to run our event and the general reaction is one of excitement.”

Unique medallion on offer for athletes who ‘Run With Sonia’ in Ballyliffin was last modified: February 20th, 2020 by Chris McNulty