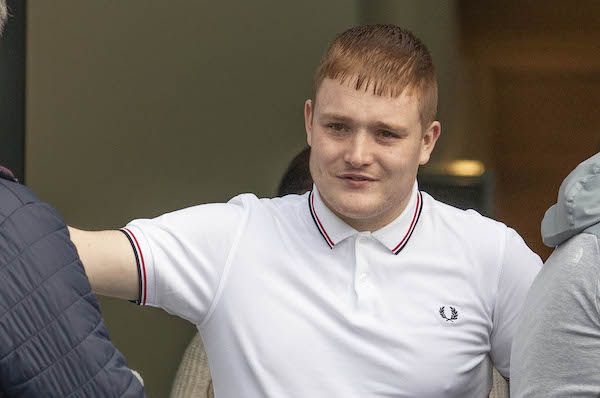 A 22-year-old welder has appeared in court in Co Donegal following an alleged shooting incident.

Stephen Dowling, a father-of-one, appeared at Letterkenny District Court charged with discharging a firearm being reckless as to whether any person was injured or not.

It followed an incident in the early hours of Saturday morning last, February 22nd, during which shots were fired which resulted in a Garda patrol car and another car being struck.

The court was told that Dowling, of Burren Road, Carlow, was arrested after he had visited Donegal on a hunting trip with his uncle and nephew.

Detective Garda Enda Jennings, of Milford Garda Station said he was objecting to bail on a number of grounds.

He said he arrested Dowling and charged him with the two alleged offences at Ballyshannon Garda station at 8.38pm last night (Sun).

They included the seriousness of the charges, the possibility that the accused could interfere with witnesses and that he could flee the jurisdiction.

Dowling, who wore a white Fred Perry t-shirt and jeans to court, made no reply to the charges.

Detective Jennings said a file on the matter has gone to the Director of Public Prosecutions and that charges of a more serious nature may be directed.

He said that a licensed firearm used on the night was seized from the accused.

He added there will be strong evidence from eye-witnesses as well as Garda evidence and CCTV footage.

Dowling’s solicitor said his client had no previous convictions.

He was in Donegal with relatives hunting deer at the landowner’s permission and was intoxicated when the alleged incident happened.

He said that as he lived outside of Donegal he would not interfere with witnesses and that his parents, who were present in court, had €2,000 in cash to lodge as bail as well as further independent sureties.

Detective Jennings said he was not completely satisfied with this but would be guided by the ruling of the court.

He added that it would be a while before any direction would be given in the case as there was still a significant amount of evidence to be gathered.

Judge Kelly asked if he had access to any other guns but the court was told that although his uncle had guns, they were locked away in a safe.

Judge Kelly said he was granting bail in the case but applied a number of conditions.

He ordered him to provide his own cahs bail of €2,000, an independent surety of €2,000, to reside at the address provided and to stay out of Co Donegal apart from court appearances.

He also ordered him to observe a daily curfew between 10pm and 7am, sign on weekly at Carlow Garda station and that he surrender his passport.

The case was adjourned until April 27th to allow for the directions of the DPP.