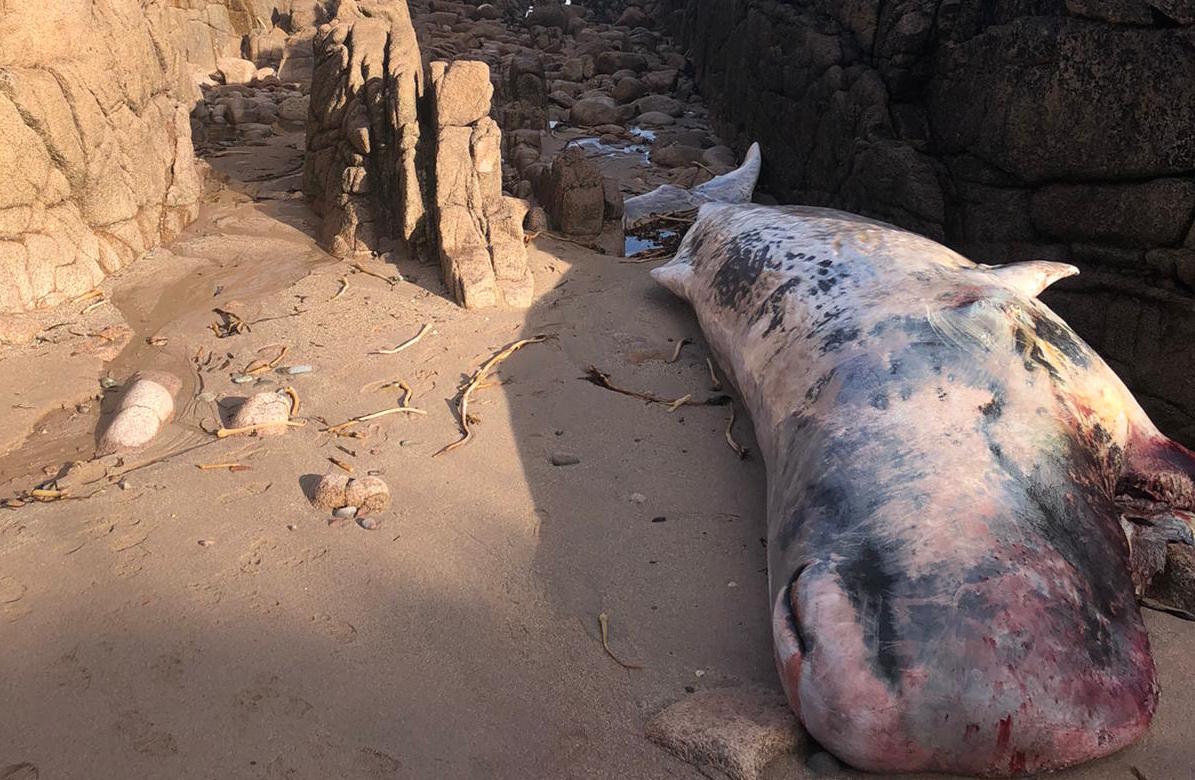 The Donegal Whale and Dolphin Group has revealed more fascinating details of a whale washed up off the coast of Donegal this week.

Details of the stranding were first revealed by Donegal Daily this week.

We contacted the DWDG who traveled to the scene of the stranding.

Having surveyed the creature, the group revealed it is a female Sperm Whale measuring 9.8 metres.

The groups note that the dead whale’s body is covered in Squid Rings which tell a story of its incredible life below the waves.

A spokesperson said “These animals feed mostly on large squid and must have great battles at depths of up to 8000ft.”

The group adds that females are not normally found at this latitude but are usually found around the Azores with their young calves.

Only the male Sperm Whale makes the long journey’s as far up North as the Arctic Circle and can live up to one hundred years if allowed to live a natural life.

“If you look at the photo of the lower jaw you see the teeth are well worn, could suggest an old animal.

“So maybe this old girl did live out her natural life, we may never know. Remember always report strandings and sightings to us or the Irish Whale and Dolphin Group.”