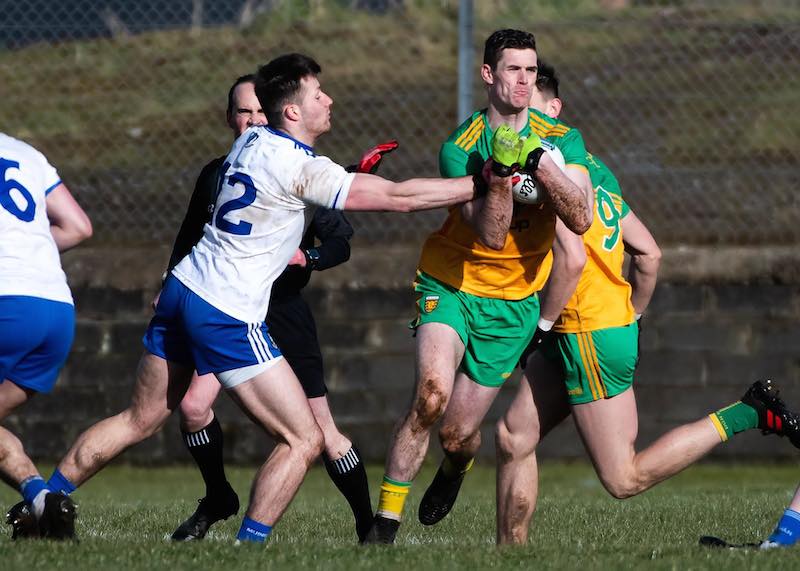 Listen: ‘Just go out and back yourself’ – Donegal goalscorer Caolan Ward

CAOLAN Ward isn’t resting on his laurels after a second goal of 2020 helped fire Donegal to an impressive win today.

Ward netted a key goal late in the first half as Donegal overcame Monaghan 2-12 to 0-8 in Ballyshannon.

“It was a game of cat and mouse and we were tentative in the first half,” Ward told Ocean FM’s Paddy McGill after the game.

“The message beforehand was ‘just go out and back yourself’. Thankfully Michael Langan was able to get the heat up. I just put my foot through it and hoped for the best.

“You just have to keep improving every day you get the chance. I’m delighted and just want to keep pushing on.”