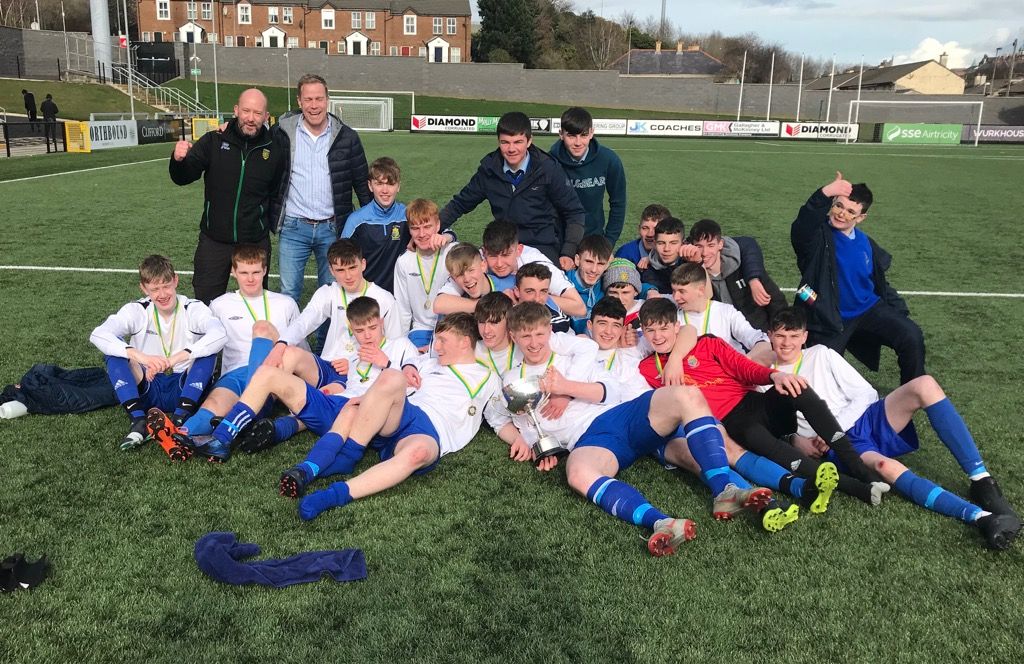 A GOAL in the sixth minute by the impressive Gerry McKinney was enough for Scoil Mhuire, Buncrana to overcome St Eunan’s College in the FAI Schools Ulster Under-17 Tom Ticher Cup final.

By Charlie Collins at the Ryan McBride Brandywell Stadium

This was a cracking final between two evenly matched teams and St.Eunans had their chances but the Buncrana college back four, superbly marshalled by team captain Bobby Bradley held firm and gave their goalkeeper Oran McBride great protection.

The fact that the early goal was to prove the only one of the game was a surprise as both these teams had loads of talent on display but good defending and a little luck at times meant that second goal never came at any stage. 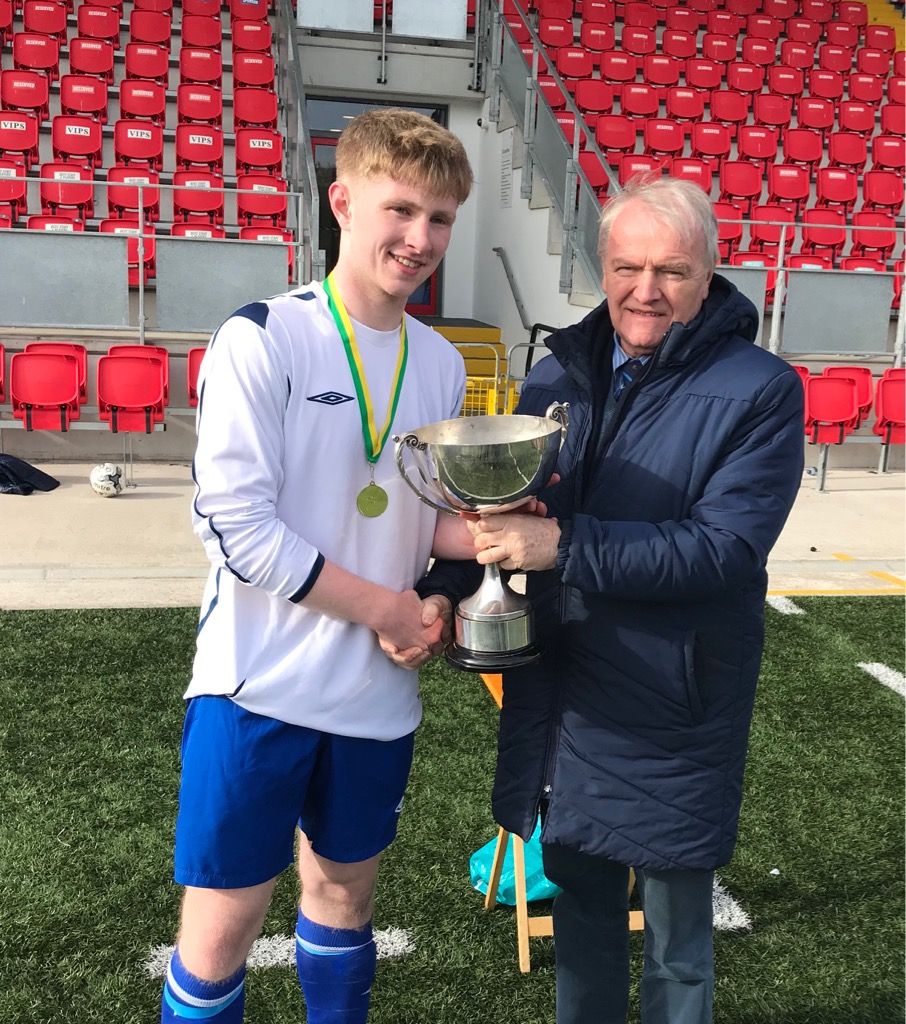 St. Eunan’s had an early chance when Nathan Plumb set up Tobi Hudson but McBride saved well. Two minutes later Jamie McDaid chased a long ball and when his shot came back off a post McKinney beat a defender to the touch and hammered the ball to the net.

St Eunan’s responded well and went close when Plumb’s header hit the crossbar in the 18th minute and after a good move Adam Yisau’s goalbound effort was blocked after 24 minutes.

Yisau went close again early in the second-half with a good turn and shot but it was Scoil Mhuire who went closest to added a second when after a St Eunan’s free-kick had been blocked and cleared Jerry McKinney did brilliantly to survive a strong tackle and hid shot from 40 yards was just inches too high from being a spectacular finish.

St. Eunans pushed on again in search of an equaliser and Adam Yisau had a shot blocked after Plumb had slipped through a nice pass. Jack Dwyer was just over with a free-kick for Eunans and Scoil Mhuire’s Oran McLaughlin forced an fine save from Ronan Coady with a cracking shot in the 66th minute. 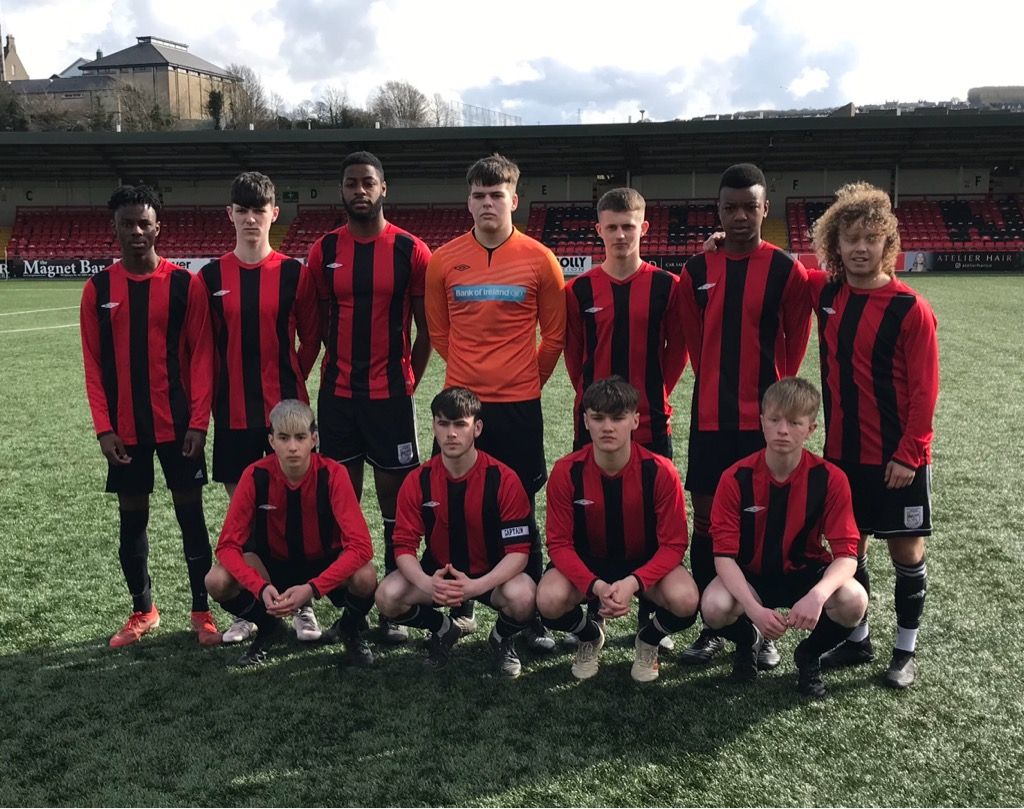 Credit to both teams for an excellent game with Scoil Mhuire’s back-four sharing the Man of the Match award between them – but only just in what was a real team effort.