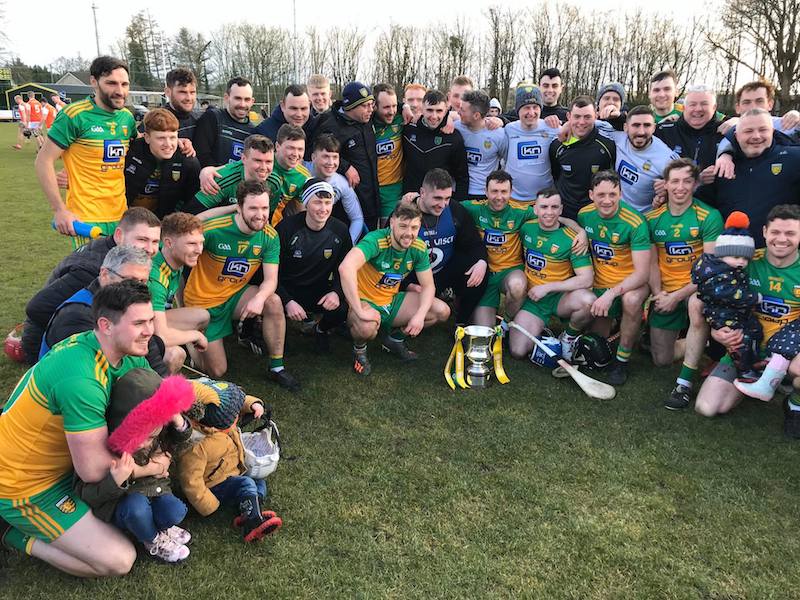 DONEGAL hurlers pipped Armagh to the Division 3A title in Carrickmore this afternoon with Mickey McCann’s men also sealing promotion to Division 2B.

by Charlie Collins in Carrickmore

Armagh native Declan Coulter struck ten points to sink his home county men. The Setanta ace top-scored for the Tir Chonaill side as they booked a return ticket to Division 2B at the first time of asking.

Gilmore pounced to score after Armagh didn’t deal with a Bernard Lafferty ball in from the right-hand side.

Dean Gaffney – who hit ten points for the Orchard – kept Armagh in the game, but Donegal were 1-10 to 0-7 in front with Coulter and Gilmore closing the opening period for Donegal.

Armagh narrowed the margin to a point when Danny McGee slotted over in the 46th minute.

Coulter, though, stretched Donegal’s lead again with three points before Coulter was blocked twice in the one move.

Dean Gaffney asked questions as two stoppage time frees had Armagh back just a point behind again, but Gilmore arched over with the final, fatal, blow.