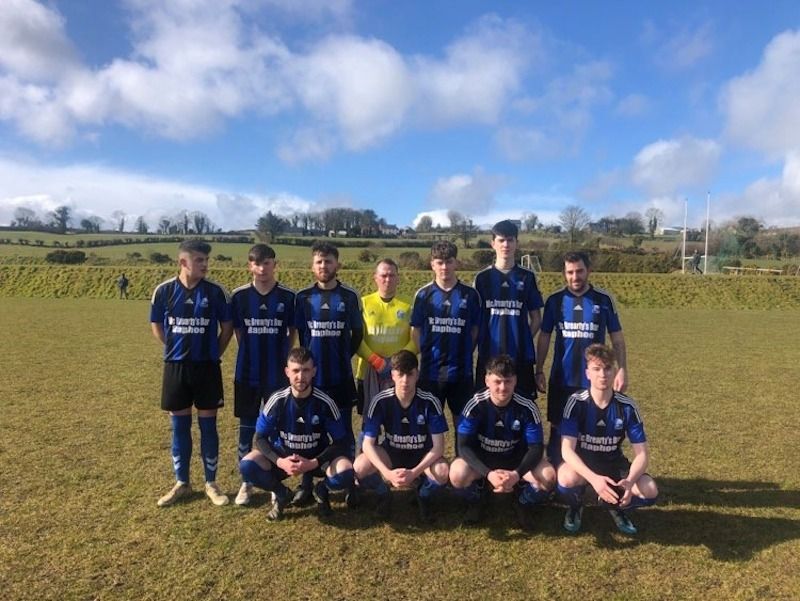 THE BATTLES at both ends of the various Donegal League divisions are hotting up now with some interesting results today – here’s a full round-up of today’s action.

Castlefin continued their recent good run of form with a convincing win in Cranford Park.

Leading 2-1 at half-time Castlefin were never in danger of losing this one. Cranford started the second half well with Danny McBride and Kevin Doherty working well but they were caught at the back and Castlefin punished them.

Kildrum Tigers moved themselves into title contention after this comprehensive win over the home side at Central Park.

Keadue, who had a 100 per cent home record prior to this were always on the back foot. Kildrum opened the game brightly and had their first chance on two minutes, knocking an effort over the bar. Keadue began to settle after that and from a cross, Chris Greene’s header was saved.

The visitors were again close on twenty minutes with a shot on the run. On twenty-six minutes they deservedly took the lead when Matthew Crossan hit a free kick deep into the Keadue box and following a scramble Gary Crossan’s low drive found the net.

They hit the crossbar ten minutes later and really should’ve been further ahead. Keadue’s Luke Neely had a half chance on forty-one minutes, knocking it wide. Kildrum made it two just before the whistle with Oran Higgins slotting low to the keeper’s right.

Keadue started the second half well and Greene again was close with a header from a David Ward corner.

While the home side were pushing to get back into things on the hour mark, Kildrum were again close on the break. A few subs for Keadue gave them more possession but all the while they didn’t threaten the away keeper.

On 66 minutes Brian Breslin made the game safe with a near post flick to make it three. The game petered out after that but there was still time for a fourth with Brian Breslin knocking home from close range to seal a four-goal victory.

Keadue didn’t let their heads drop and finished off with a decent spell of possession. A team performance from Keadue while for Kildrum Matthew Crossan, Oran Higgins and Brian Breslin were very impressive.

Donegal Town went down 1-0 to a spirited Milford United at the Hospital Field in front of a good crowd.

Milford scored in the very first minute of the game, through Mark Wilson, and hung on despite some intense Town pressure, especially late in the second half.

Wave after wave of Town attacks were thwarted by the Milford defence. Even though Town suffered a red card in the last five minutes they were unlucky to not equalise.

The ‘71 got back to winning ways with a well-deserved victory over the in-form Gweedore Celtic at Rab’s Park.

The home side started on the front foot with young Bernard McGettigan putting them in front on seven minutes with a great header from a Marty McAteer cross. Sean Little was back to his best and he was pulling the strings in midfield along with Paddy Carr and captain McAteer.

They should have extended their lead on numerous occasions only for McKelvey in nets for Gweedore pulling off some fine saves. Patsy Friel was having a great game up top and went close on the stroke of half-time with his effort going just wide.

The second half saw Kerrykeel again bombarding the away defence with Paddy Carr, Bernard McGettigan and Little all testing McKelvey.

Gweedore grew in confidence and had a good spell during which McGee hit the post and Doherty tested McGonigle who got down well at his near post to tip the ball round the post. Kerrykeel dug deep and again had chances to extend the lead with Michael Sweeney hitting the post and substitute Evan Hewitt saw his shot go over.

A massive three points for the ‘71 with Sean Little, Patsy Friel and Fergal Una best for the ’71. Eamon McGee best for Gweedore. Referee: Dessie McLaughlin