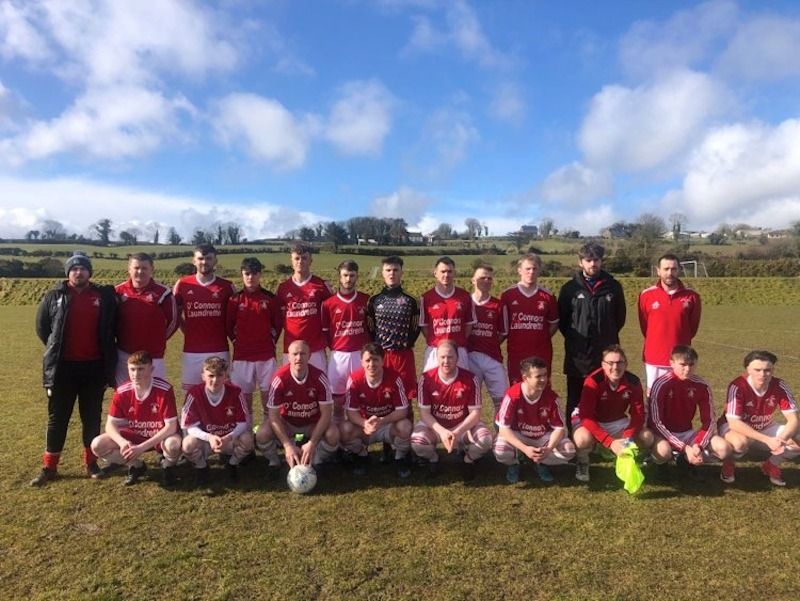 JUST as Swilly were readying the champagne, Conor Friel netted a dramatic equaliser to keep the ice in the buckets by the Lennon.

By Chris McNulty in Raphoe

A brace from veteran attacker Marty McDaid had Swilly’s fingertips on the Division Two title and on the cusp of celebrations.

Swilly needed to win to secure the silverware and, as the stopwatch ticked well into the game’s 93rd minute, they were almost over the line.

Terry Leyden, the Donegal League’s disciplinary secretary, was at hand for a trophy handover when all changed utterly.

From a Christy Bogle throw-in, Raphoe fashioned a chance. Oliver Quinn’s cross from the left-wing deceived goalkeeper Dane Dunworth and Friel – on as a substitute on 66 minutes – converted at the far post.

There was barely time for Swilly to catch a breath again and Stephen Toner shrilled the whistle for the final time.

Swilly have two games remaining – away to Lagan Harps and Glenree United – to get their job completed.

They led here when McDaid headed home a searching free kick from half-way by Paddy Sheridan in the 24th minute.

Just before then, Dunworth almost caught out his opposite number, but a somewhat scrambling Roy Duffy managed to turn Dunworth’s long punt over the top.

Earlier, Dunworth did well to save a testing Zak Brolly free kick.

Christy Bogle had a shot blocked after a Brolly corner caused panic in the Swilly rearguard.

Raphoe levelled on 36 minutes when Christy Bogle smashed home from a penalty after he was taken down by Shay Durning in the area.

After Matthew Sweeney fired into the side netting, Swilly took the lead. Damian Friel connected to Shaun Crossan’s pinpoint corner and the ball flew past Duffy via a touch from McDaid.

Back in 2000,McDaid was on the Swilly squad that won the Ulster Senior League under Danny McConnell’s management.

McDaid celebrated his 40th birthday just a couple of weeks ago and remains a key cog in the Swilly engine with upwards on 20 goals already bagged for the season, ably assisted by Columba O’Donnell, a former USL Player of the Year, and a squad energised following its return to the third tier of the Junior League following a couple of harsh terms of late in the intermediate grade.

McDaid was denied by Duffy and he might have put the game beyond Raphoe’s reach, but rolled wide when pit through.

Swilly had a let-off when Anthony Fisher took off the line from Corey Gillen’s close-range effort as Raphoe went looking for another.

Raphoe, who are Swilly’s nearest challengers, five points behind, rolled the dice and it almost paid off, but a stabbed Corey Brolly effort from a corner was dealt with by Dunworth, while the narrowest of offside margins stopped Friel in his tracks.

The looks at the timepieces from the Swilly support lengthened and they appeared to have weathered the storm when Friel pounced for the latest of levellers.