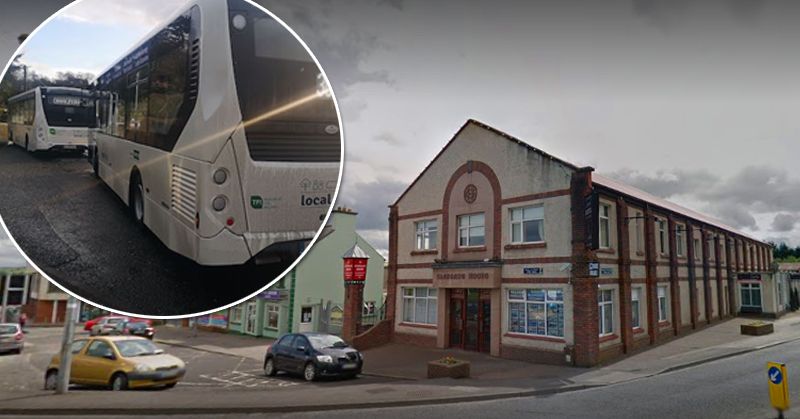 A key site in Letterkenny is being considered as a possible new transport hub for private bus operators and taxis.

The site of the vacant Gleneany House and Thompson’s Yard at Port Road/Pearse Road, which has recently gone on the market, was put forward as a suggestion to solve current issues in the area.

At present, all private bus companies and Local Link services must carry out pick-ups and drop-offs at a small stop near Mr Chippy. But a lack of space often leads to a number of buses queuing at this stop at key times in the morning and evenings. The lack of drop-off bays is also a cause for concern.

Cllr Kevin Bradley has called on the council to consider buying the Gleneany site, which he said would be the “perfect location” as it is close to many amenities.

Cllr Ciaran Brogan backed the motion and said the current bus stop is a “huge problem” for Letterkenny, with no facilities for buses, taxis and no seating.

“It’s a disgrace that people have to travel to and from their destination using these facilities,” Cllr Brogan said.

The local council has this week agreed that the Gleneany site will be put forward for consideration under Letterkenny’s Regeneration Strategy.

Extensive public consultations are due to be held in the preparation of this strategy, including elected members, the general public and other stakeholders.