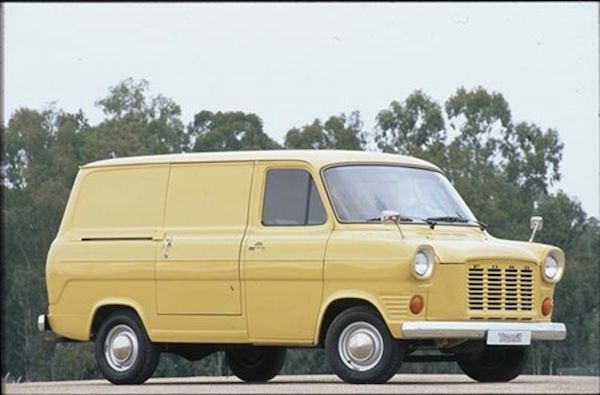 DD Motoring: What a ‘reception’ we got out on the roads of Donegal!

DD Motoring comes this weekend from the passengers’ side of the road as a helper out on the road many moons ago.

Youtube means something completely different today to what it meant to me when I started working out on the road.”

I think “It’s your tube” was a saying I was more familiar with, which was always the possible cause of your TV not working.

The year was 1981 and after a few years as an apprentice carpenter, I packed it in and found a job out on the road putting up TV aerials.

I was a helper on a van fitting aerials on roofs of houses as part of a two-man team. In those days the majority of households had only the one telly per house so it was a big event if the reception went on the telly.

We also worked out of an old dark blue Ford Cortina Mk4 estate with a ladder and roofing ladder tied to the roof rack. Inside it was laden down with rolls of brown (coaxial) tv aerial cable, boxes of TV aerials poles and lashing to attach them to the chimney of a family home.

Our area on the road was Letterkenny, Ramelton, Rathmullan, all of Fanad, Milford and Downings. We were on the road from morning to night. Long before there were such things as mobile phones we called into the office every morning and collected a hand-written list of all calls for that day. Then into O’Boyce’s Cafe for a salad roll and cuppa from the massive teapot that sat up beside the till and then look for a spare seat along the counter enjoying the craic before hitting the road.

The old Nordmende colour TV which was a familiar sight in home all over Donegal.

In 1981 you would be very lucky to get a good reception on all of the stations that were available. Even though RTE was the official national station most people in Donegal were more interested in getting a good UTV (or “New TV” as some people called it) BBC and if you were lucky a BBC2.

The crowd that I worked for had a lot of Nordmende TVs out on rental which was the normal way for everyone to have their TVs in that time. These had push buttons to change the station and were very reliable in their day, and were before the era of remotes or “clickers” as they were called. Video Cassette Recorders (VCRs) were just becoming popular at that time too. Most of the day time we were tuning in TVs to Trade Test transmissions card and were always happy to see the game of X and O’s game flashing up on the screen which was transmitted when the station was closed.

Two days in Donegal on the road always stick in my mind for those years in the TV and aeriel business. One was of a day heading to a very remote part of Donegal to put a TV into a house for the first time.

They had their new TV sitting up on their sideboard and they had the tea ready for us when we were finished. Sitting around the kitchen table the brother in the house was over and back changing around the stations showing us how up to speed he was with this new technology.

Then a news bulletin flash across the screen as the news came on with word of the death of hunger striker Bobby Sands. The brother and sister just sat in silence as this news beamed into their family home. It was the first thing they ever watched on their TV.

The late Bobby Sands who died on hunger strike in 1981

After the news was over they switched off the TV and pulled the plugged it out of the wall. As we were packing up our tools that summer evening, I could hear the sound of their radio coming on as the listening to the Angelus Bells chimed and the 6 ‘clock news come on to which confirmed to them what they had watched on the TV a few minutes before that. Bobby Sands had passed away the night before, but these were the days when people didn’t look at much TV in the daytime and these folks routine was to listen to the 6 o’clock news on the radio but that day they were watching the news in colour – a very sad time in history.

On a lighter note which could be a good YouTube clip if anyone had ever recorded it was one of our calls out one day to replace an old TV with a new one.

The owner had the deal done but was still trying to get more for his old telly in the trade-in. We told him it wasn’t up to us but we would let our boss decide when we took his old TV back to the workshop.

It was a fine summers evening with the windows down and an arm each out the side window as we headed off from the bottom of Fanad in our old rattly yellow Ford Transit. We had the radio up full blast trying to drown out the sound of the York diesel engine.

When we arrived into Letterkenny I went to unload the old TV to find that the back door had opened on the journey up and the TV had disappeared from the back of the van. We went and retraced our step the whole way down the road that evening but there wasn’t a sign or trace of where it departed.

I was expecting a poor reception when I had to tell our boss about the loss of the TV but he was happy enough and could see the funny side of things when we told him we retraced our steps but could not find telly anywhere.

A few weeks later the owner of the telly called into and I remember our boss giving the man a fiver more on a deal that was already closed on a telly that was already lost somewhere along the road.

DD Motoring: What a ‘reception’ we got out on the roads of Donegal! was last modified: March 12th, 2020 by Brian McDaid