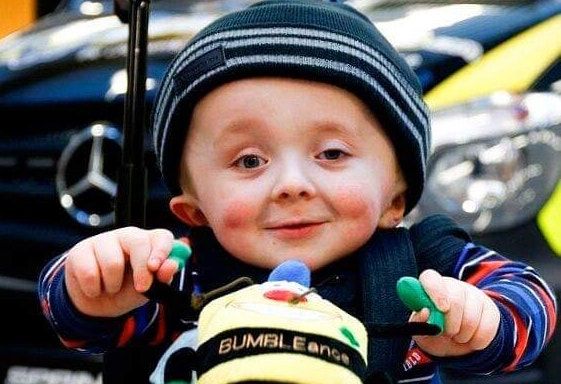 Mum pleads with friends to mark Jack’s cards for his special birthday!

A mum has appealed to her friends and community to help celebrate her special son’s birthday.

Jack Beattie is well-known to readers of Donegal Daily for his bravery against all the odds.

Now the Raphoe lad is getting ready to celebrate his 9th birthday on March 23rd next.

Mum Ruth had a big birthday party planned for Jack but has been forced to cancel the party because of coronavirus.

Ruth takes up the story.

She said “As everyone knows the situation we are in at the minute, everyone will be affected somehow at some stage.

“But yesterday I had to tell Jack that he was unable to have his birthday party this year and he broke his heart. Ok, that might seem like nothing to you or you are thinking ‘Well is that all she has to worry her now with all that’s going on?

Ruth explained exactly why this birthday means so much to Jack.

“You see Jack hasn’t had a birthday this last two years with all the surgeries he has gone through.

“So this year he was really looking forward to it having fun with his friends. So as a mum that loves nothing more than see her No1 man happy, I’m asking would any of my FB family be willing to send Jack a birthday card to make my man a happy smallfry.

“Just because we are isolated doesn’t mean we can’t celebrate nine years of awesomeness,” she said.

Cards can be sent to Castleview, Raphoe F93 XW74.